The universal scholar Christoph Besold was already known for his unique library during his lifetime. It contained 3,820 precious, partially even banned, books. After his death in 1638, the Elector of Bavaria and the Prefect of the Vatican Library tried in vain to secure the treasure of books. Instead, a third potential buyer pulled off the coup: Rector Roman Müller managed to acquire the book collection for the Benedictine University in 1649, hauling it to Salzburg by water in spite of the export ban.

Among the works purchased from Christoph Besold’s previous collection were the following intricately illustrated books:

Jan Huygen van Linschoten (1563-1611) was a Dutch merchant and explorer. He stayed in the Portuguese Indies from 1581 to 1587 and then sailed back to his home town of Enkhuizen – stopping of for a stay in Azores on the way. With the support of the Amsterdam publisher Cornelis Claesz, Jan Huygen published a series of travel reports, including the “Navigatio” presented here, i.e. the voyage to the Portuguese Indies. 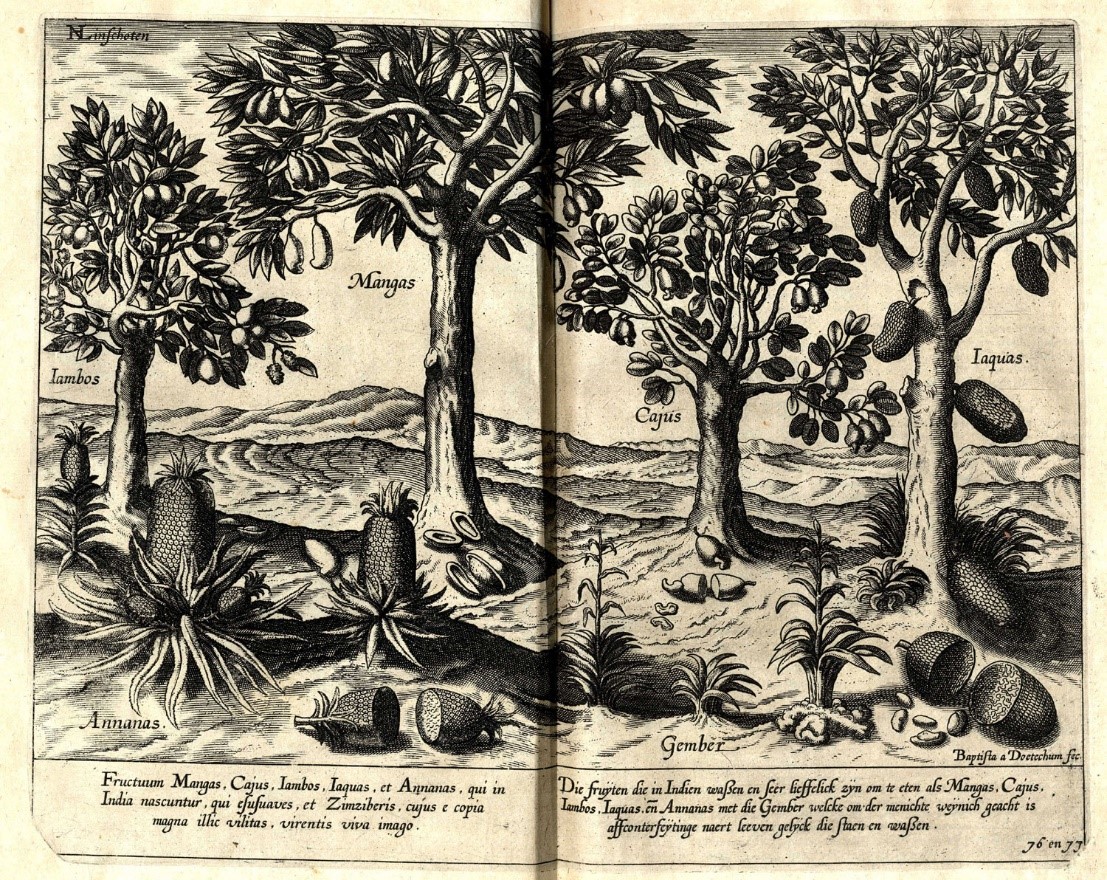 This travel journal tells of the Dutch expedition led by Jacob von Neck to the Moluccas (Spice Islands) in 1598. In September, the crew reached Mauritius and found a number of unknown, flightless birds, which they called “Walchvögel”. The captain reports these birds to be as large as a swan, with fur on their heads … they have no wings. This is probably the first description of a dodo, which is now extinct. 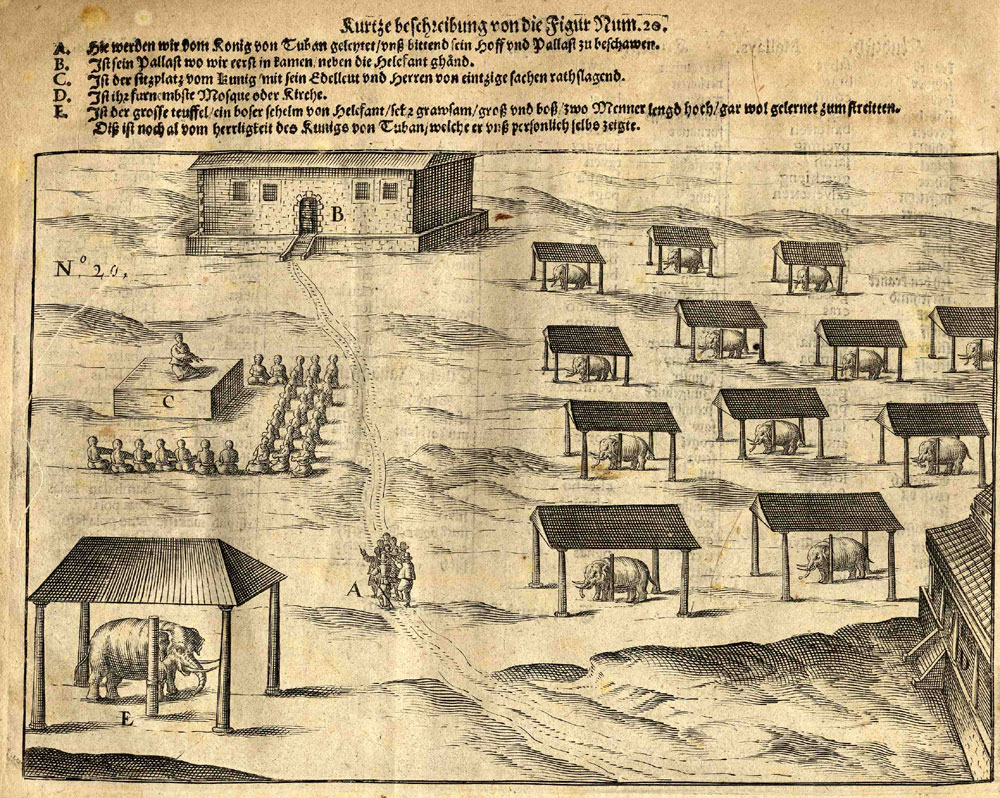