The Founding of the University of Salzburg

The oldest European universities developed in the 11th century as a result of the merging of several schools, as was the case in Bologna and Paris.

A second group of universities was founded in the late Middle Ages on the initiative of the local rulers, such as those in Prague and Vienna.

After the Council of Trent (1545–1563) a third group of universities became the basis for the Catholic Reform. Salzburg University was one of them. Apart from the funding, the chief difficulty in establishing a university was to secure qualified junior scientific staff. In the Baroque Age, it was only a religious order that could meet these necessary conditions. As a religious order known for running schools, the Jesuits took on this task in the Austrian and southern German regions.

Salzburg, however, pursued a different course. 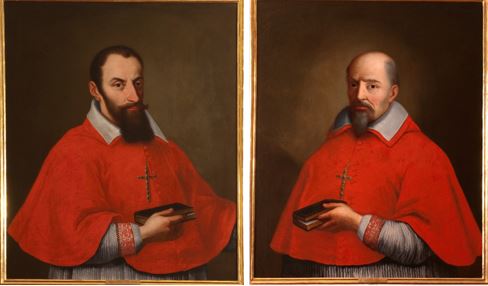 Marcus Sitticus Count Hohenems (reigning 1612-1619), who succeeded Wolf Dietrich, pursued with determination the failed plans for erecting a university from his predecessor. He negotiated in vain with the Franciscans, Augustinians and Jesuits. All the rejections had worn him out, his resolve had weakened; he approached his confessor, the Capuchin Sylverius Meusburger, who was celebrated for his dramatic sermons, asking him whether he knew any more doors he could knock on without being rejected. The preacher’s reply is handed down in the Historia Salisburgensis by the Mezger brothers: 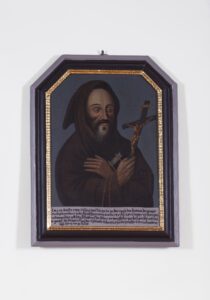 “Indeed, most venerable Lord, there are still such doors, even if they are the last to be knocked on, they may have been the first to open.”

He advised Marcus Sitticus to hold talks with the Benedictines of St. Peter. Prince-Archbishop Marcus Sitticus succeeded in filling the abbot of St. Peter with enthusiasm for establishing a university in Salzburg. On his promotional tour the abbot was able to engage further Benedictine monasteries for this project. They formed a congregation, soon comprising 60 monasteries in Austria, Germany and Switzerland. The first Benedictine professors were sent to Salzburg but they feared to arouse the suspicion of the Jesuits, who otherwise dominated academic life. The Benedictine travel report reads like a crime story: “In Munich the henchmen spotted the party of travellers, in Ebersberg the professors escaped only through a ruse, and not before Wasserburg did they manage to shake off their pursuers.”

Along with the construction of the Sacellum in 1618, the foundation stone for the school building was laid. The architect was the master builder Santino Solari. 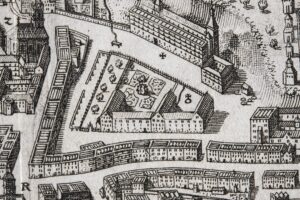 Ambitious plans were forged after the early death of Marcus Sitticus. His successor, Paris Count Lodron, wanted to expand the school into a full-scale university. He needed the imperial and papal approval to do so.

The imperial charter had to be paid dearly for, and that in the middle of the Thirty-Years’ War. Disappointment ensued: In the charter of 1620, the Emperor only licensed studies in philosophy, and degrees could be granted merely on a limited scale, up to the Magister. Paris Lodron sent the charter back because it was not worth the huge amount of money. It took two years to negotiate the matter, and in 1622 the amended charter finally arrived, authorising a full-scale university that had all four faculties and conferred all the academic titles. The archbishop made the university financially secure in 1623, and Pope Urban VIII gave his confirmation in 1625. Thus, Salzburg University can actually celebrate the anniversary of its foundation four times. The reconstitution of the university in 1962 would be jubilee number five.