The Latin University Theatre shone far beyond Salzburg’s borders and developed into a Baroque synthesis of the arts, encompassing language, music and dance. Self-confidence, distinct articulation, effective mimicry and gestures were brought to perfection.

The moralising main plot, mostly borrowed from Antiquity and Christendom, alternated with song, ballet and pantomime. Owing to the ingenious stage technique, the scenes frequently changed: angels were hovering from heaven, and the Devil jumped out of the blazing flames.

In the play written by Pater comicus, i.e. a clerical playwright, the leading role was often acted by a highly talented bourgeois student who memorised long texts of complex verse within a short time. The performance could become a springboard for the student’s career: an ideal opportunity to demonstrate his acting skills to the local ruler, who was present on this occasion.

Drawings and sketches for the set design (UBS, Sign. H 24)

A first version of Salzburg’s “Everyman”

Hugo von Hofmannsthal’s “Everyman” has been performed in Salzburg since 1920. As early as 1632, however, a play treating the subject matter of “Everyman” arrived on the university stage. The playwright was the Benedictine Father Thomas Weiss, the protagonist’s name Anastaius, who lived carelessly and extravagantly from day to day. He defied well-meaning advice, and did not even take the warning of Death to heart. What saved him was nothing but his veneration of the Blessed Mother – his sole positive character trait: Her intercession snatched him from the Devil’s claws. The university caretaker Wolfgang Braumiller, a Baroque acting star, was at his best in the leading part. 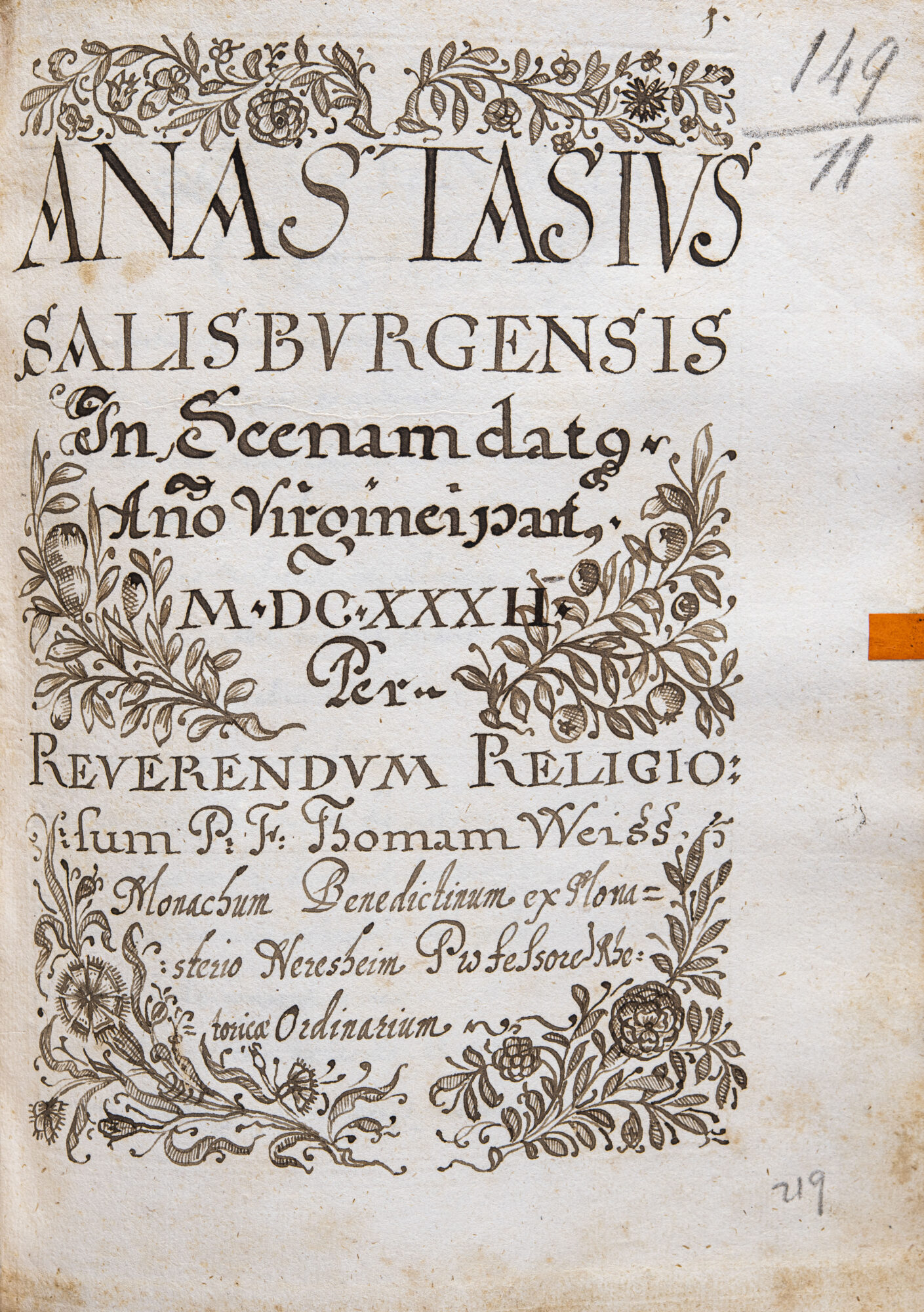 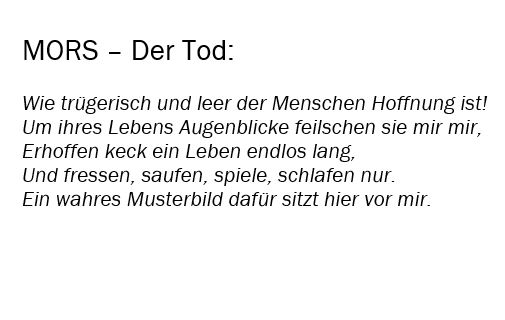 Little is known about Salzburg’s actors of the Baroque period. Hence it is a lucky strike that the leading actor’s name in the Everyman drama of 1632 has come down to us. As a student, Wolfgang Braumiller called attention to himself on account of his acting skills. Since he was looked on as being indispensable at the performances, he was appointed caretaker. Braumiller appeared in nearly every play until his death, at times playing up to seven parts!