The Mozarts and the Benedictine University

On 22 July 1738, Leopold Mozart was awarded the degree of Baccalaureus of Philosophy. At that time, the names of the graduates were published in the order of their results on magnificently decorated copperplate engravings. Leopold Mozart was ranked 49th out of 54 candidates. The examination questions set by the philosophy professor, Father Rupert Sembler from the monastery of St. Ulrich and Afra in Augsburg, have also been preserved.

I. AN EX NUPERRIMA VICTORIA À TURCIS REPORTATA DD. BACCALAUREIS GLORIA ACCRESCAT? II. AN LOGICA JURE DICATUR LABYRINTHUS? || “I. Does the recent victory over the Turks bring glory to the Baccalaureus scholars?” “II. Is logic rightly called a labyrinth?” 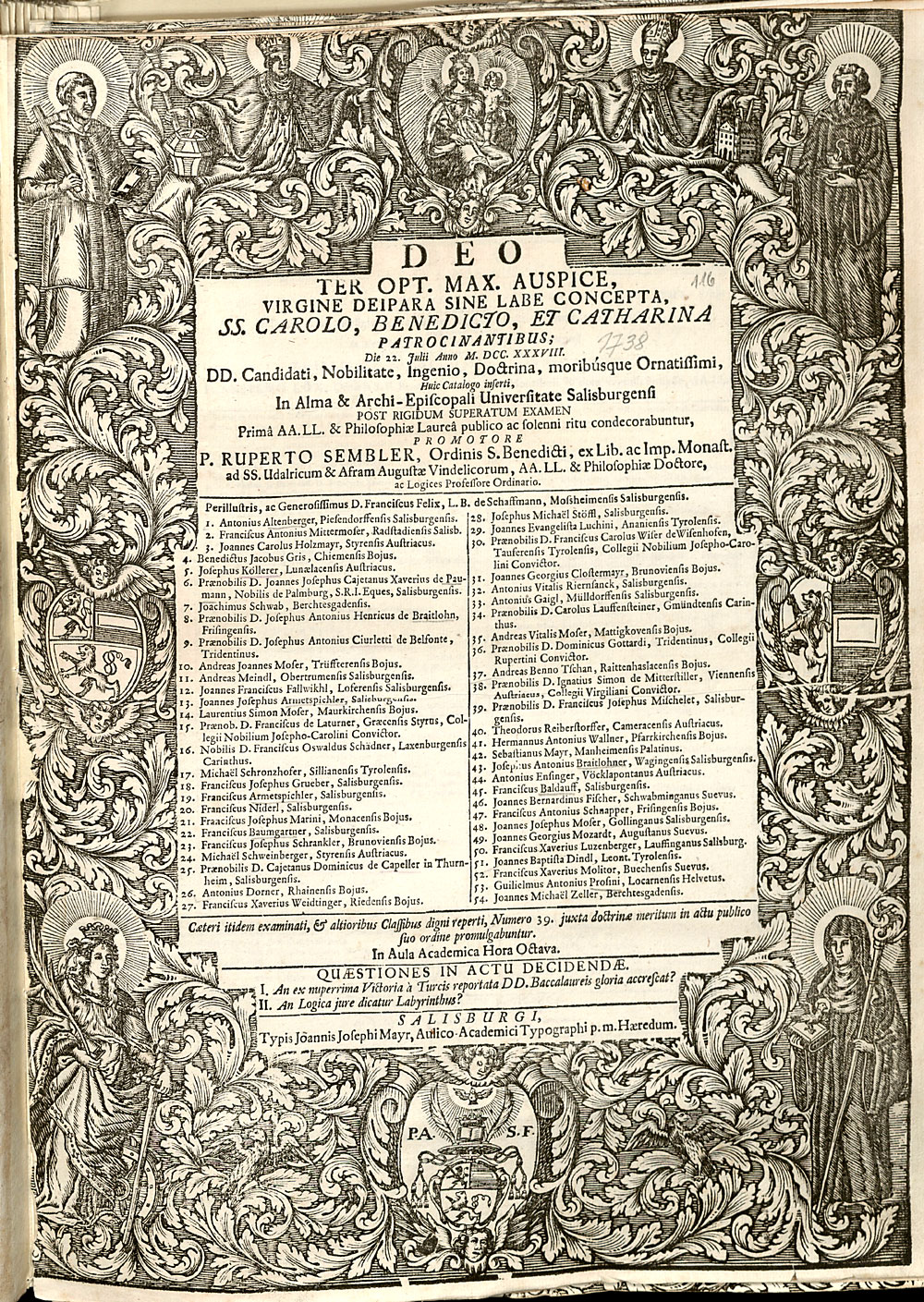 On 8th September 1739 the rector reproached Leopold Mozart with having attended his natural science classes, which were part of his Philosophy study programme, too infrequently and having “proved disgraceful to the name of a student.” He finished his studies without complaining or begging and embarked on his musical career. 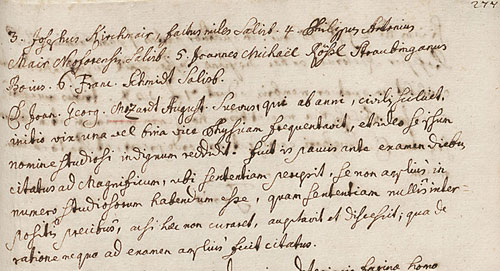 “Mr Johann Georg Mozart, a Swabian from Augsburg, who from the beginning of this year had hardly attended any physics lectures at all, and had therefore proved disgraceful to the name of student: a few days before the examination he was summoned before the Rector, where he received the verdict that he was to be removed from the register of students; he accepted this verdict without complaining, as if it did not concern him, and went away; for this reason he was no longer called to the examination.”

Leopold Mozart was a member of the Salzburg court orchestra from 1743, and from 1744 he was also a violin teacher at the Kapellhaus. In 1757 he was appointed court composer, and in 1763 he finally rose to the position of Deputy Kapellmeister. His Violin Tutor (Augsburg 1756) became one of the fundamental teaching works of the 18th century has attained several editions.

Music by Wolfgang Amadeus Mozart at the University

In 1761, at the age of five, his son Wolfgang Amadeus danced in the University Theatre. As young as eleven, he composed Apollo & Hyacinthus (KV 138) for the university. On the evening of the performance, he “gave exquisite samples of his harpsichord artistry” to the professors, who were weakened by blood-letting. He also composed well-known works for Judas Thaddäus Antretter von Antrettern (Finalmusik in D major, KV 185) and Georg Siegmund Robinig von Rottenfeld (Divertimento in D major, KV 334) to mark the end of their studies.