Years before Austria’s annexation to the German Reich, infiltrated Nazi spies had already been observing the Salzburg University Association because of its ambition to found a Catholic university. As early as 2nd May 1938, the association was disbanded, its assets were seized, and on 15th September, the Faculty of Theology was closed down. To be able to continue Catholic teaching, Archbishop Sigismund Waitz founded an Archiepiscopal Institute, which – along with the seminary – was forced to shut down on 24th January 1941. It was intended to organise National-Socialist university courses but due to the outbreak of war, it was only in the summer of 1939 that Science Weeks were held in Salzburg.

After the end of World War II, the Faculty of Theology could reinstate instruction in December 1945.

The University of Salzburg, originally founded in 1622 as a Benedictine university and closed in 1810, was reconstituted in 1962. Initially, it was mainly "Catholic conservatives", but also those formerly involved in the German Nationalist or Nazi Party, who played a decisive role in shaping the inauguration of the Paris Lodron University. For example, the first elected rector of the university, the geographer Egon Lendl, had to habilitate again in 1953 because of his past Nazi involvement. By the 1970s, the restorative climate that had prevailed in the 1960s had changed. Teachers such as the contemporary historian Erika Weinzierl, who was also part of the "founding generation", the Germanist Walter Weiss or the legal scholar Theo Mayer-Maly were renowned academics who gave the University of Salzburg broader public recognition. 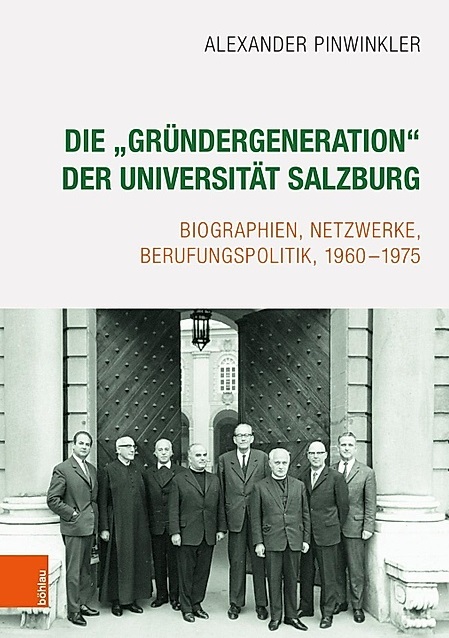 The debate surrounding academic honours is part of remembrance and historical culture. Like street names or monuments, academic honours reflect contemporary ideas of "honour" and "exemplarity". But these are subject to historical change. As late as 1983, for example, the Nobel Prize winner Konrad Lorenz was unreservedly considered worthy of an honorary doctorate from Salzburg – the University of Salzburg probably also sought to honour itself by awarding it. In 2015, the Alma Mater Paridiana revoked Lorenz’s honorary doctorate, citing his involvement in National Socialism. A media controversy quickly flared up around this decision. This made it clear that society’s handling of problematic academic honours represents a potential field of conflict where different images of history compete. 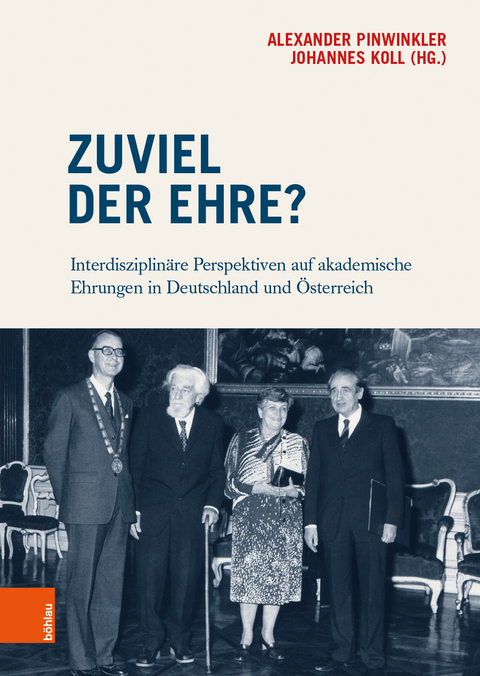 Under Nazis rule, the theft of Jewish property and the expropriation of books took place on a vast scale. Book theft was a Europe-wide endeavour, a ruthless pursuit of ideological supremacy, profit and trophies. Academic libraries were often beneficiaries of these raids and took the loot without hesitation. There was also book robbery in Salzburg: Schloss Leopoldskron, owned by Max Reinhardt, the co-founder of the Salzburg Festival, was confiscated along with its extensive book collection, and monasteries were dissolved. The libraries were taken over by the head of the Study Library, now the University Library of Salzburg. Today, the University Library is searching its holdings for stolen items. So far, 82 books, 66 drawings and 10 manuscripts have been restituted. The Centre for Jewish Cultural History was founded in 2004 as an interdisciplinary institution dealing with religion, literature and the history of Judaism from antiquity to the present. 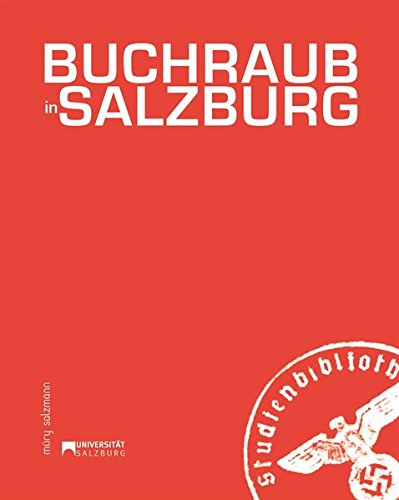 Click HERE for an overview of all works that have been restituted to date.