Immortal titans: does a germline exist in the titan arum? 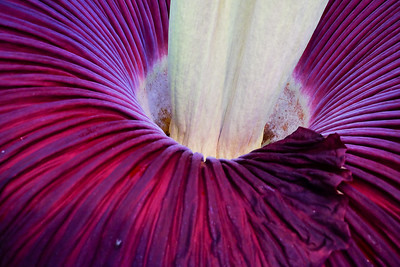 During reproduction, every organism transmits genetic material to their offspring including mutations that may have occurred during the organism’s lifetime. In case those mutations have a deleterious effect, the fitness of the offspring can be reduced drastically. In most animal species, a germline with reduced mutation rate has evolved as a strategy to avoid the transmission of potentially deleterious mutations to the next generation.

Although a developmentally defined germline segregating early during development exists in most animal species, gametes of plants are thought to be derived at a late developmental stage. They are therefore thought to carry the mutations occurring in vegetative tissue and to consequently transmit them to the next generation. Recent studies, mainly performed on short-lived plant species, such as the thale cress or tomato, challenge this view. It is still unclear however, if this suggested germline is ubiquitous in plants, particularly in long-lived species. This is possibly because mutation rates per generation are generally low and it would be necessary to follow several offspring generations to detect significant differences between cell lineages. In most long-lived species, this is hardly feasible because of long generation times.

Our study aims to solve this controversy by investigating the existence of an early segregating germline in a long-lived plant species. Amorphophallus titanum Becc., the titan arum, holds the record as the largest unbranched inflorescence with a height of up to three meters when flowering. Endemic to the island of Sumatra (Indonesia) and cultivated in botanical gardens since 1878, the titan arum is a flagship species in botanical gardens. The plant alternates between vegetative and reproductive phases, which are associated with a period of extremely fast inflorescence growth. After a growing period of 25-46 days, the plant flowers for only two days and emits a strong scent resembling carrion material, which attracts pollinating insects. The flowering of A. titanum is a spectacular event as the plant is challenging to cultivate and flowering events are rare and unpredictable.

Making use of this incredibly fast period of growth, we want to assess the mutation rate in cell lineages with vegetative and reproductive functions by comparing the genome of different tissues of a single plant during flowering. We assume that the number of cell divisions after the rapid inflorescence growth in A. titanum is comparable to the number of cell divisions usually found after several generations and use this species as a natural model system for accelerated mutation rates.

This will allow us to test whether differences in mutation rates exist in vegetative and reproductive tissue in A. titanum indicating the existence of an early segregating germline in this species. In addition, our study will provide a powerful genomic resource for future studies, for example into gigantism in plants. 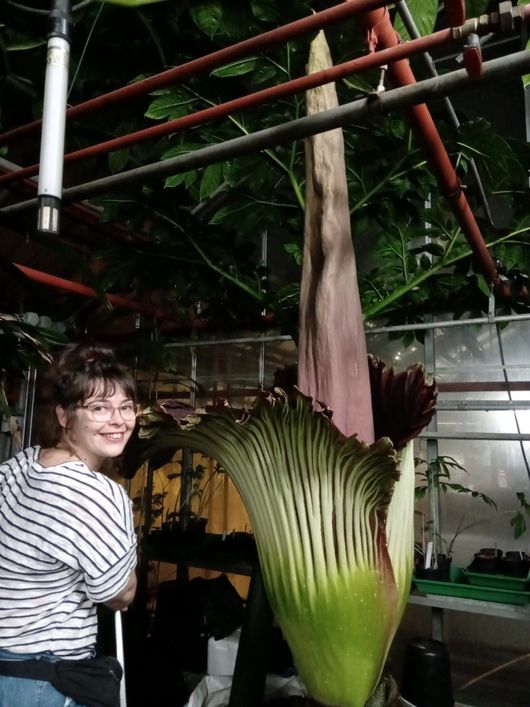