The Agorá is a forum where China-specific topics are discussed and given lectures on. Dealing with China in all its facets represents a demanding challenge for every culture, not only for the Western one. In the frame of the Agorá, we wish to promote and develop awareness of the importance of China and the Chinese culture.

The forum is open for everyone and offers a challenging and critical examination of various aspects of China. The lectures are delivered by prestigious experts and sinologists, and the subjects include – among others – Chinese economy, history, politics and philosophy. The conference is then followed by an open discussion between the speaker and the participants. 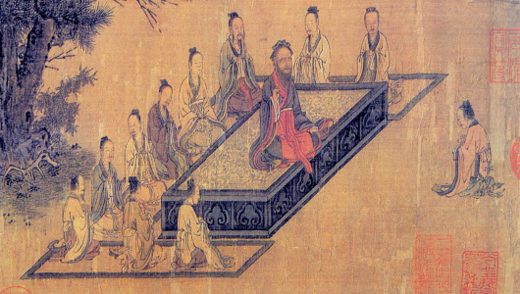 Please click here to find out the program of the summer semester 2022.

Last Agorá of the semester:

Abstract: East Asia is in a state of inadequately contained security dilemma, which the increasing degree of economic interdependencies has so far only been able to reduce to a limited extent (Asian Paradox). China is not (yet) big enough to be able to hegemonically determine the region, but too big to fit into the region as an equal among equals. On a global level, military modernisation in China will not pose a challenge to the USA for the time being. In the East Asia region, however, it limits America’s options, which sees its hegemony threatened. Against this background, a policy appears necessary that does not promote hostility, opposes decoupling and containment, criticises China very clearly where necessary, but does not demonise it, and continues cooperation formats with China. Such a policy could be pursued by the European Union. A further securitisation of all issues and relations in the Indo-Pacific and an even greater dominance of the major American-Chinese conflict over the region’s own dynamics is likely to lead to a further solidification and intensification of the conflict.

Prof. Dr. Michael Staack, born in 1959, studied political science, law and modern history in Hamburg, Bonn, Berlin and Washington, D.C.. Since 2006 he has taught Political Science, especially International Relations, at Helmut Schmidt University/University of the Federal Armed Forces Hamburg. Previously, he was Professor of International Politics at the University of the Federal Armed Forces in Munich (2001-2006) and Professor and Founding Director of the Institute for German Studies at the European Humanities University in Minsk (Belarus) (1998-2001), which was established as part of the German government’s Transformation Programme. Michael Staack completed numerous international research stays and guest professorships, including at Peking University (Beida), China Foreign Affairs University and China Foreign Studies University (Beiwai). As a member of the High-Level Advisory Group on Korean Reunification Foreign Policy Issues (2014-2017), he advised the foreign ministers of Germany and South Korea. He works on German foreign policy, cooperation and conflict in East Asia, and arms control policy.

The link to the event is as follows:  https://uni-salzburg.webex.com/meet/chinazentrum