HomeIMPACT OF EVENING SMARTPHONE USE

IMPACT OF EVENING SMARTPHONE USE

People who continually use their smartphones before going to sleep have trouble recuperating during the night and are less alert the next morning. Blue light filters can only partially mitigate negative effects on sleep. This was the result of a new study by Sarah Schmid and Christopher Höhn, two psychologists, who were supervised by Kerstin Hödlmoser, a sleep researcher from Salzburg. The study was recently published as a cover story for the journal “Clocks & Sleep”.

Laptops, smartphones, tablets. More people than ever, particularly younger people, are using electronic devices in the evening before they go to sleep, especially during the pandemic. Most manufacturers tune the LED displays to have cooler colours so that they appear as bright as possible. Most of the light emitted falls in the bluer end of the light spectrum, around 450 nanometres (short-wave light), which appears white to the human eye. Studies show that this area of the light spectrum in particular makes it difficult to fall asleep because it inhibits the production of the sleep hormone melatonin.

“The pineal gland in the brain, which is directly connected to our eyes, produces the sleep hormone melatonin. When it gets dark, melatonin production increases and we become tired. If bright light enters the eyes, the production of melatonin is inhibited and the sleep-wake rhythm is altered. This effect is strongest with blue light around 450 nanometres. Long-wave red light, on the other hand, has no effect on melatonin production,” explains psychologist and sleep researcher Kerstin Hödlmoser from the Centre for Cognitive Neuroscience at the University of Salzburg. It is well known from studies that a disturbed sleep rhythm influences cognitive performance – such as alertness.

Up to now, it has been disputed whether blue light filters can prevent such adverse effects of the short-wave light from smartphone displays. Many smartphones have a mode that reduces the displays blue light levels.

In a pilot study, Kerstin Hödlmoser and her team recorded the sleep of 14 test persons over four nights in the PLUS Laboratory for Sleep & Consciousness Research. The first authors of the study, funded by the Austrian Science Fund FWF, are Sarah Schmid and Christopher Höhn (shared first authorship).

There were three test scenarios: The test subjects had to read either on a smartphone without a blue light filter, on a smartphone with a blue light filter or in a book for 90 minutes. In each case, the same texts were presented in approximately the same font size. “We continuously monitored many different bodily functions throughout the night. Using so-called polysomnography, we measured brain waves, eye movements and muscle activity, as well as studying body temperature regulation and hormonal changes, specifically cortisol and melatonin.” Cortisol is also known as the wake-up hormone; it is effectively a counterpart of the sleep hormone melatonin. Both hormones follow a circadian rhythm, an internal clock. Muscle activity and body temperature are also important parameters to investigate sleep-wake patterns.

Using smartphones responsibly in the evening

“In summary, the results show that short-wave light not only influences circadian rhythms and evening sleepiness, but also has an impact on sleep physiology, i.e. changes body functions – such as body temperature or the hormone system – during sleep. And it affects alertness the next morning. So it’s not smart to go to bed with your smartphone. The good news is that using a blue light filter at least mitigates the negative effects. Overall, our results emphasise the importance of educating people about responsible smartphone use in the evening in order to avoid sleep-disrupting effects and thus maintain healthy sleep patterns,” concludes Hödlmoser, who is a sleep researcher.

Practical tips for teens and young adults on the topic of sleep and smartphones are provided in the new publication “Genial im Schlaf” (edition Riedenburg) by Kerstin Hödlmoser and Sigrun Eder:  www.editionriedenburg.at/buecher/buchreihen/sowas/genial-im-schlaf-geheimnisse-aus-dem-schlaflabor-fuer-bestnoten-und-mehr-power-am-tag-sowas/ 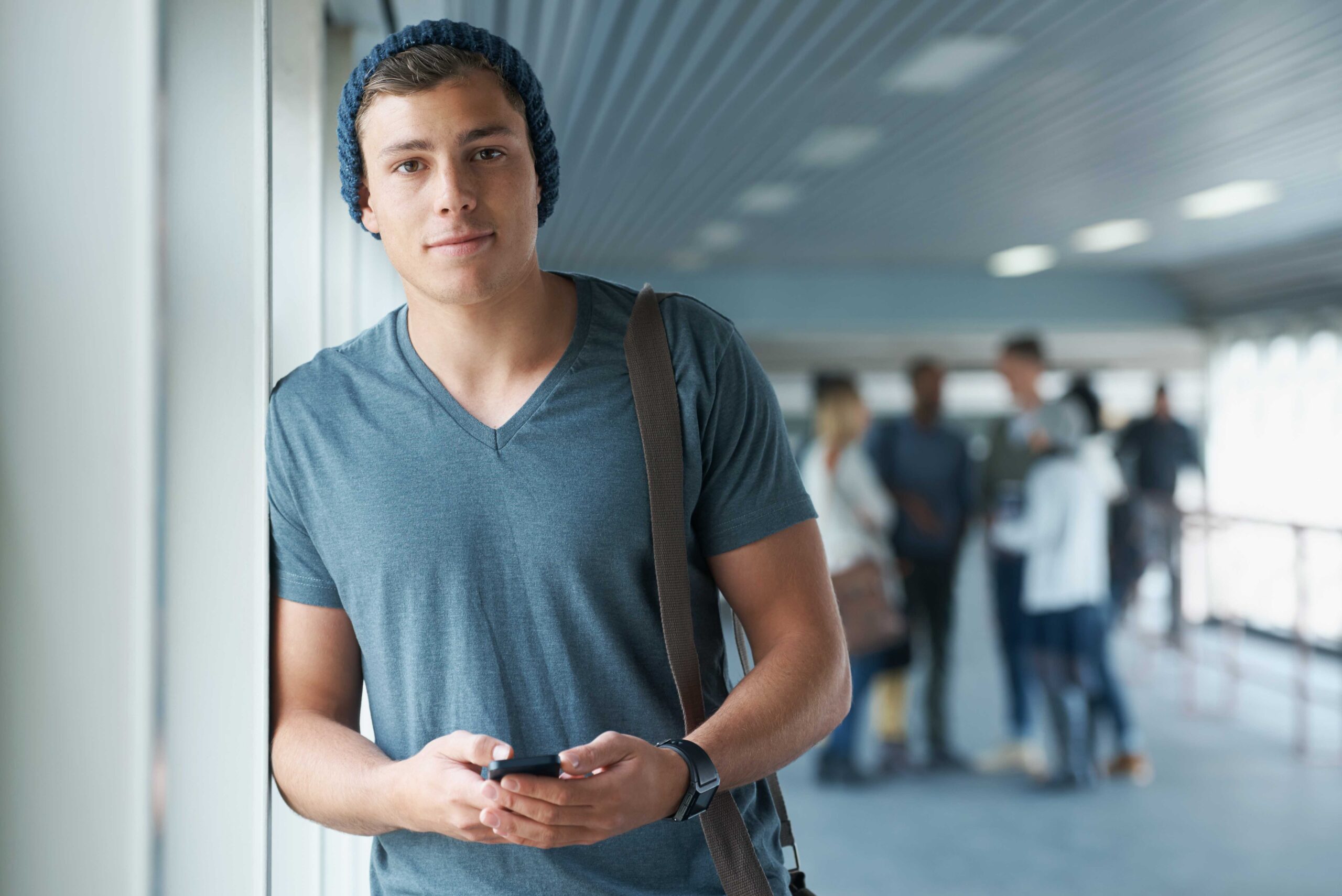