Overview
HomeNewsOUTSTANDING TALENT AT THE DEPARTMENT OF COMPUTER SCIENCE

OUTSTANDING TALENT AT THE DEPARTMENT OF COMPUTER SCIENCE

Two students from the Department of Computer Science at the Paris Lodron University of Salzburg celebrate great successes: Matthias Pleschinger, at 15 the youngest computer science student at the PLUS, won a bronze medal in August this year at the 34th Computer Science Olympiad for school students in Yogykarta, Indonesia. On 17 September 2022, Thomas Wulz and his fellow competitors took part in the national championship for “IT security talents” with over 500 pupils and students and came first.

Matthias Pleschinger, an exceptional talent, ranked among the world’s best at the 2021 Olympics in computer science. The 15-year-old computer science student programmed his Lego robot on a graphical user interface at the age of five and taught himself programming (with Basic, Java, C, C++…) at primary school.

Pleschinger was able to complete his first computer science courses at an early stage as part of the GO4IT support programme, an initiative by university professor Wolfgang Pree that gives pupils access to in-depth IT knowledge at university level. He has been an associate student at the PLUS since autumn 2018 and has been attending some lectures and proseminars since the winter semester 2019/20.

The team of four Austrians, which also included Matthias Pleschinger, took part in the 2022 Olympiad in Informatics together with 350 other computer science talents from a total of 90 nations. “The success of the Austrian team is astounding”. He emphasises: “The tasks are extraordinarily difficult and even many computer science students would not get very far.”

State Championship for “IT Security Talents”

Thomas Wulz, another computer science student at the Paris Lodron University of Salzburg (PLUS), won first place in the national championship for “IT security talents”. University professor Christoph Kirsch, a lecturer at the PLUS, says: “Thomas is one of those outstanding students that everyone wishes they had in the lecture and in the team. Very intelligent, attentive, hard-working, and very modest at that. I noticed him right away in his first lecture with me and later, fortunately, he even decided to write his Bachelor’s thesis with us in the group. A few years later and he is already officially one of the best hackers in the country. A great achievement. Keep it up, Thomas!” 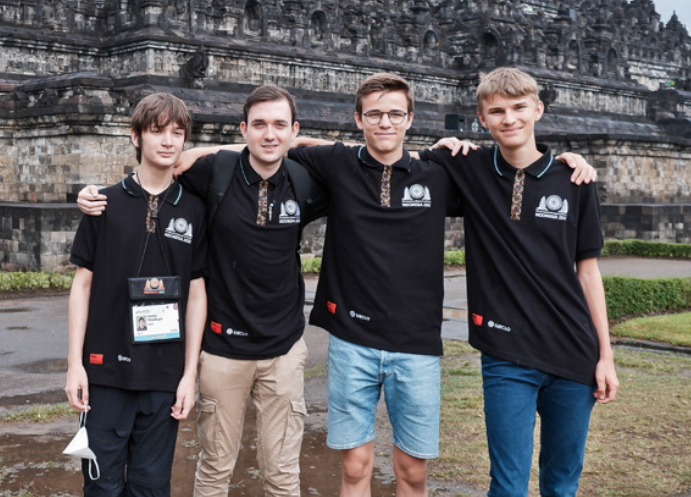