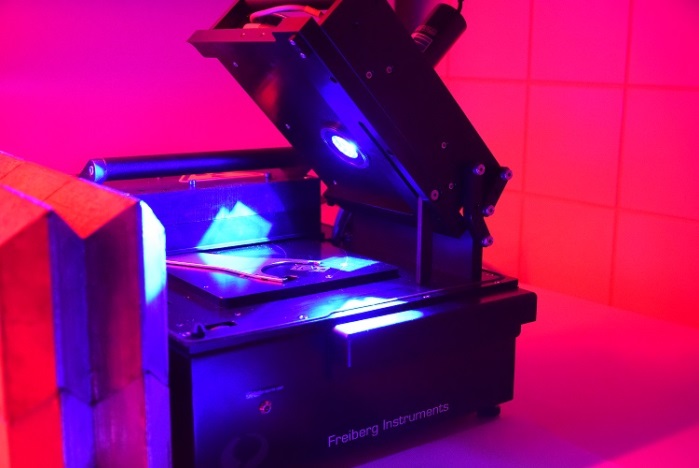 Luminescence Dating – Method
Both, optically stimulated and thermo-luminescence (OSL and TL) are physical phenomena that are routinely used in dating laboratories to establish the time when a mineral was last exposed to light or heat. In the laboratory the dose is determined that produces the same luminescence as the dose delivered to the mineral due to natural radioactivity (α-, β-, γ- and cosmic radiation). The age is calculated by dividing this dose by the natural dose-rate in the environment from which the mineral was sampled. The simplified equation for calculating the age of the sample is:

Datable events can be sediment transport and deposition that are studied in geomorphology, but also burning of pottery for archaeological research. Typical materials used for dating are Quaternary sediments, which usually contain quartz and feldspar. Generally, these minerals are very common in all sediments. Natural radionuclides (40K, 87Rb, U-Th-series) emit ionising radiation that impacts with the minerals by moving electrons to metastable states in defects of the crystal lattice. The charge at the metastable state is stored for extended periods of time until the electrons are released when absorbing external energy. The external stimulation can be obtained by light (OSL) or by heat (TL). For OSL, different wavelengths of light are used for stimulation, like infrared (IR), green and blue. During the stimulation process the trapped electrons decay from the metastable state and cause the emission of light (photons) in shorter wavelength, which is detected as luminescence signal by the luminescence reader. The signal intensity depends on the time elapsed (since the last light- or heat impact on the material) and – as a very first approximation – the higher the luminescence signal intensity, the higher the accumulated dose and – in consequence – the older the sample.
OSL/TL Laboratory
Equipment:
The Lexsyg smart (Freiberg Instruments) is an automated thermal & optical stimulating luminescence (TL/OSL) reader for standard luminescence measurements & dating of quaternary rock samples.
Facts:
• Beta source (Sr–90, 1.85 GBq)
• Filter changer with 6 positions
• 40 position sample wheel OSL:
• Blue (458 nm, 100 mW/cm2)
• Green (525 nm, 80mW/cm2)
• Infrared (850 nm, 300 mW/cm2) illuminations at sample position
TL:
• Heating up to 710°C with different ramping rates under nitrogen atmosphere
PMT:
• Hamamatsu photomultiplier tube with high detection efficiency (300-650 nm) 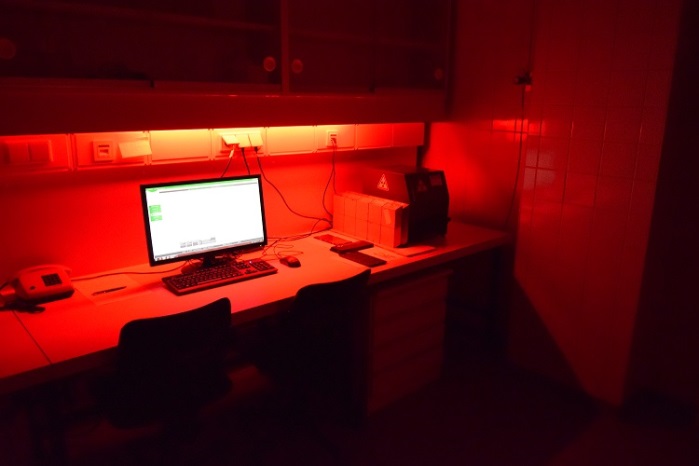