HomeNewsLuge athletes back on track thanks to data science know-how

Luge athletes back on track thanks to data science know-how

Julian von Schleinitz, the former junior luge world champion, and now doctoral student in Data Science at the University of Salzburg, is leading a project at BMW Motorsport with a focus on luge racing. Using special simulation software, luge sleds are optimised and the ideal driving line is found in the ice track. Three-time Olympic champion and 13-time World Champion Felix Loch used this scientific edge to find his way back to success in an impressive way. The result: Loch won all eight individual races and secured his seventh victory in the overall World Cup. With second place behind Loch, Thuringia’s top luger Johannes Ludwig also benefited from the project results.

The project was initiated by a technology partnership between BMW and the German Bobsleigh, Luge, and Skeleton Federation. It involves the use of state-of-the-art measurement and analysis technologies for the sport. The BMW engineers adapt acceleration, rotation rate and temperature sensors from motorsport vehicles to reconstruct luge runs in the ice channel in computer simulations. Project leader von Schleinitz is able to draw on his scientific know-how gained throughout his master’s degree in “Chemistry and Physics of Materials” at the University of Salzburg. He laid the foundations for this successful project in his final thesis about the simulation of ice friction in luge racing: software he developed not only determines the ideal driving line, but also optimises the material and the tuning of the sport’s equipment.

Now working on his doctoral thesis, which covers the use of artificial intelligence at the limit of driving dynamics, von Schleinitz is tapping into cutting-edge data science methods that he can apply directly to the BMW project. “What is important for the project at BMW Motorsport is the interdisciplinary interaction of measurement technology, simulation and modern data analysis,” says von Schleinitz, adding: “My supervisors at the University of Salzburg, Professor Andreas Schröder from the Technical Mathematics Group and Professor Wolfgang Trutschnig from the Intelligent Data Analytics Lab Salzburg, are continuing to provide me with their extensive know-how for this project. So, it is safe to say that the project has solid foundations. The next step is to introduce artificial intelligence to the sport of luge. The doctoral programme in Data Science at the University of Salzburg is the perfect foundation for this.” Supervisors Schröder and Trutschnig share this view and add that the use of highly developed machine learning methods in conjunction with statistics and computer simulations is still relatively new in competitive sport, but that there will probably be no way around it in the medium term.

Loch and Ludwig’s successes in this World Cup season clearly show that the use of modern computer simulations and intelligent data analyses pays off in competitive sport. Luge is an ideal field of application for modern simulation and data technologies, as its regulations allow a lot of freedom regarding the material and the tuning of sports equipment. Back in his career, three-time Olympic luge champion Georg Hackl knew how to make use of these freedoms and earned a reputation as an outstanding racing sled designer and constructor. Nowadays, as the technical coach of the German Luge, Bobsleigh and Skeleton Federation, Hackl interprets racing sled optimisation in a new way: “The possibilities we have through the cooperation with the BMW project are extraordinary and give us a completely new insight into the complex interaction of sled and athlete. In luge, it is crucial to build a sled that is as fast as possible and can still be easily controlled by the athlete. With computer simulations and accurate data analysis, we are able to shed light on this, and can develop much better solutions than we could ever do just by sliding in the ice channel and using our subjective observations.” 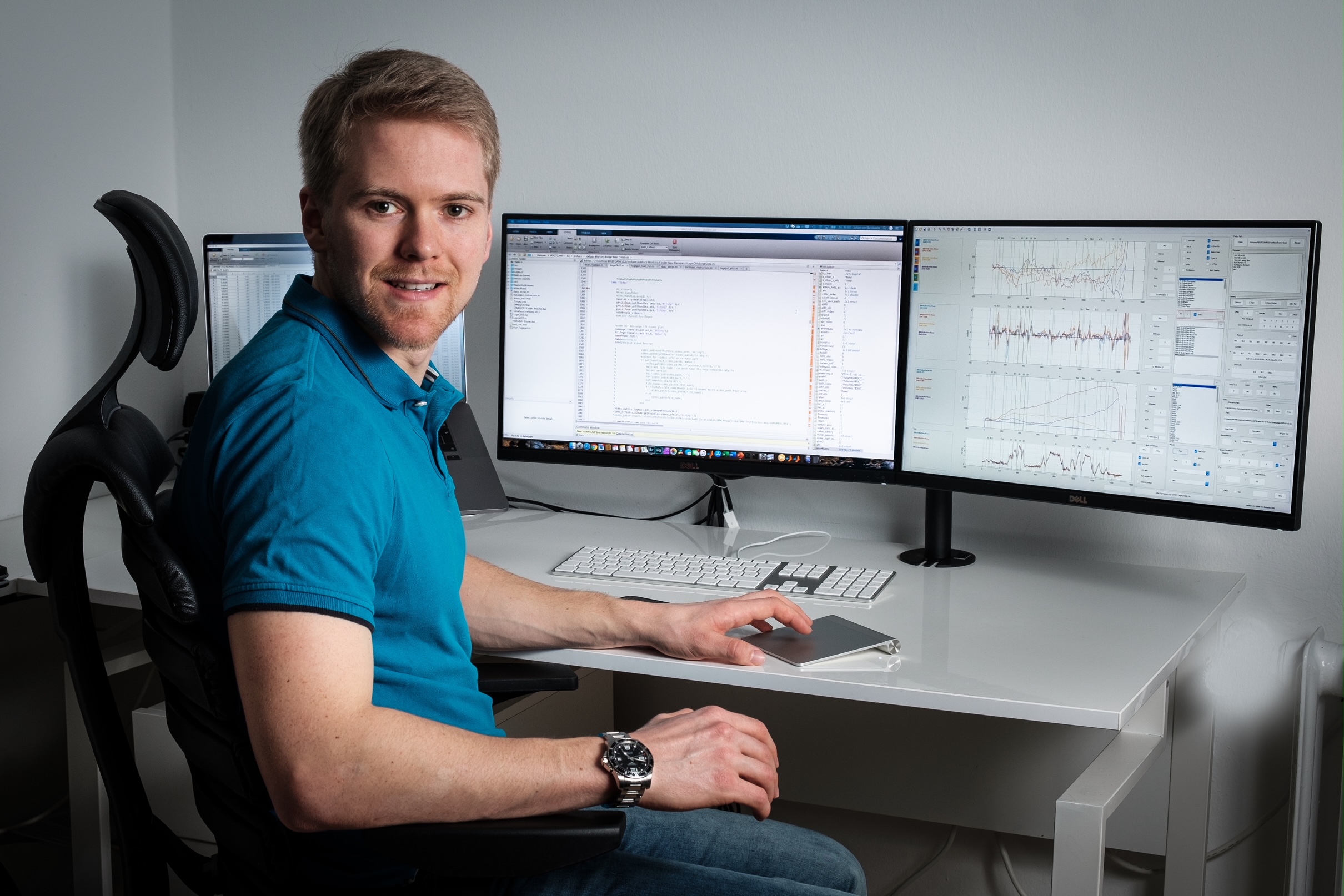 Paris Lodron Universität Salzburg (PLUS) I Department of Mathematics