The Rector’s Column: The PLUS goes Europe

Great success for the Paris Lodron University Salzburg’s (PLUS) internationalisation efforts – the PLUS is now a member of the CIVIS European University Alliance.

Dear colleagues,
but most of all – as one of the groups expected to benefit most: dear students!

I am extremely pleased to announce that the PLUS has been unanimously accepted by the Alliance’s Board of Rectors as a member of the CIVIS Alliance – A European Civic University. We are now eagerly awaiting the formal approval from Brussels. The PLUS is continuing to internationalise and network with renowned universities and is striving for a high degree of structural integration in its cooperation.

WHO or WHAT is CIVIS?

The CIVIS alliance is a “European University” funded through the EU’s “ERASMUS+” programme. These transnational alliances are among the European Union’s flagship initiatives in the development and expansion of the European Education Area. The idea of creating European Universities, first announced in a passionate speech by French President Macron to students at the Sorbonne in Paris in 2017, is to develop universities of the future and, for example, enable students to obtain their degrees through combined studies in several European countries. The structural framework for cooperation within European Universities goes far beyond a mere exchange of students – CIVIS will create an inter-university European campus where students, academics and all administrative staff can move around and work together just as easily as at their home university. In this way, CIVIS contributes significantly to the EU goal of creating a competitive European Higher Education Area.

European Universities are also committed to European values and European identity, with each alliance having a slightly different focus. CIVIS stands above all for assuming social responsibility. CIVIS sees itself as a space for innovative and responsibility-oriented teaching, research, cultural exchange and social initiatives. At the same time, the universities participating in the CIVIS alliance will also maintain strong links with their local social, cultural and geographical environment.

CIVIS is therefore a European University promoting social engagement. It is an association of 10 leading research universities throughout Europe: In addition to the PLUS, the following universities belong to the alliance: 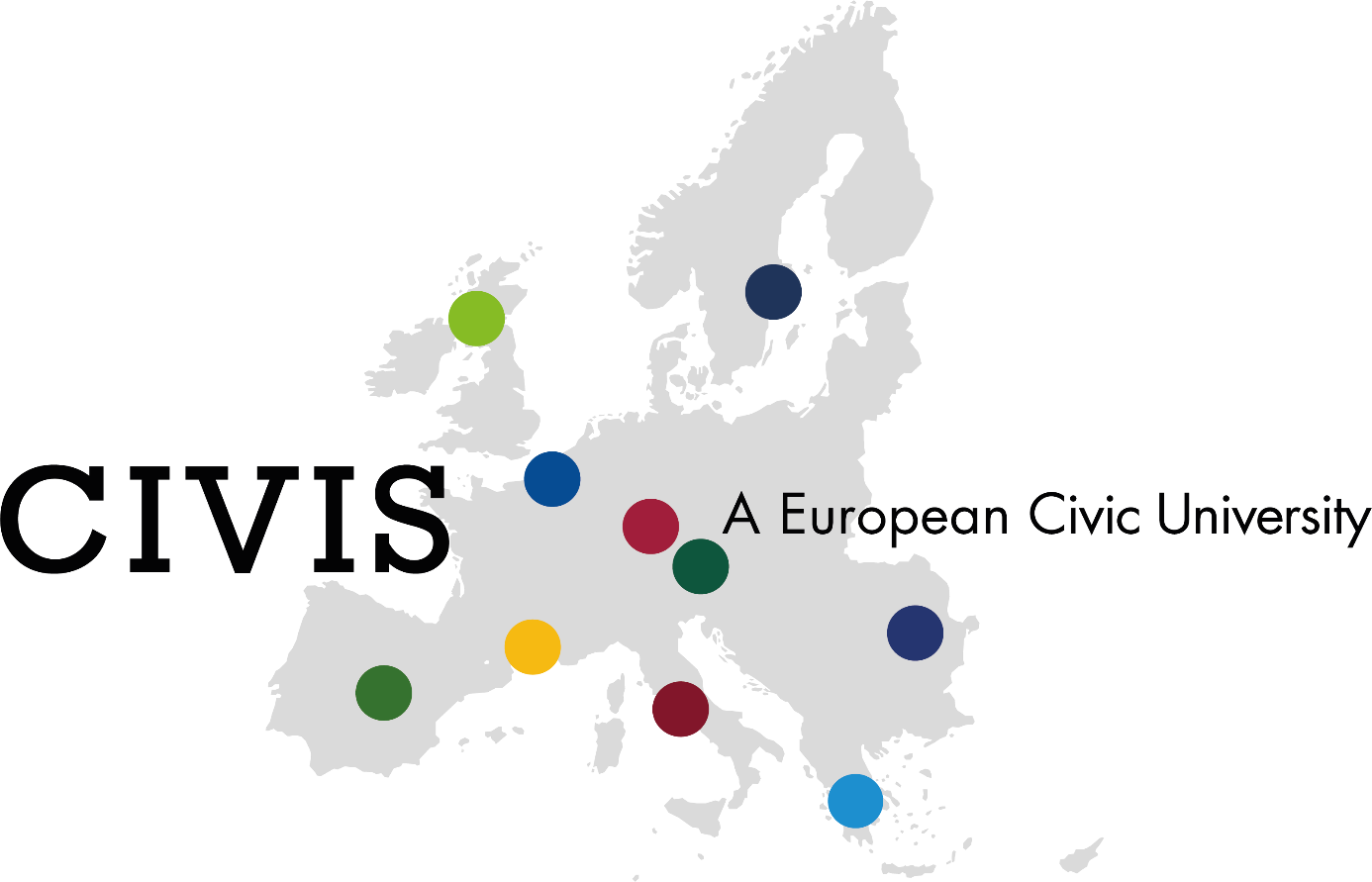 What will CIVIS do?

CIVIS is dedicated to deliver in five thematic areas, which were defined based on the goals and values of CIVIS. These areas are aligned with the major societal challenges and the United Nations Sustainable Development Goals (SDGs). The five thematic areas are:

A CIVIS Hub will be created for each of these thematic areas, acting as a topic-oriented research and education platform and structuring the university alliance. The focal areas represent pillars for the entire cooperation. One of the aims is to develop joint innovative study and research programmes in these thematic areas that relate to these challenges and build on them.

In addition to these hubs and labs, there will be a variety of other joint activities related to research and teaching as well as to the administration of the institutions, such as the CIVIS Academy or the CIVIS Language Cafés, to name just a few of the planned initiatives.

So WHAT happens next?

The PLUS, as a new member of the CIVIS Alliance, will be active in the network tasks from now on and is preparing the follow-up application as a partner in the CIVIS consortium. Staff at the PLUS will start to join various working groups and task forces. The call for proposals for the follow-up round of the “European Universities” is expected for the end of 2021 with an anticipated deadline in spring 2022.

We are looking forward to tackling this major task together. This European University initiative is immensely important for the development of the PLUS, and we ask you to support us in our efforts. We will keep you updated on our next steps. A university-wide kick-off is already in the pipeline.