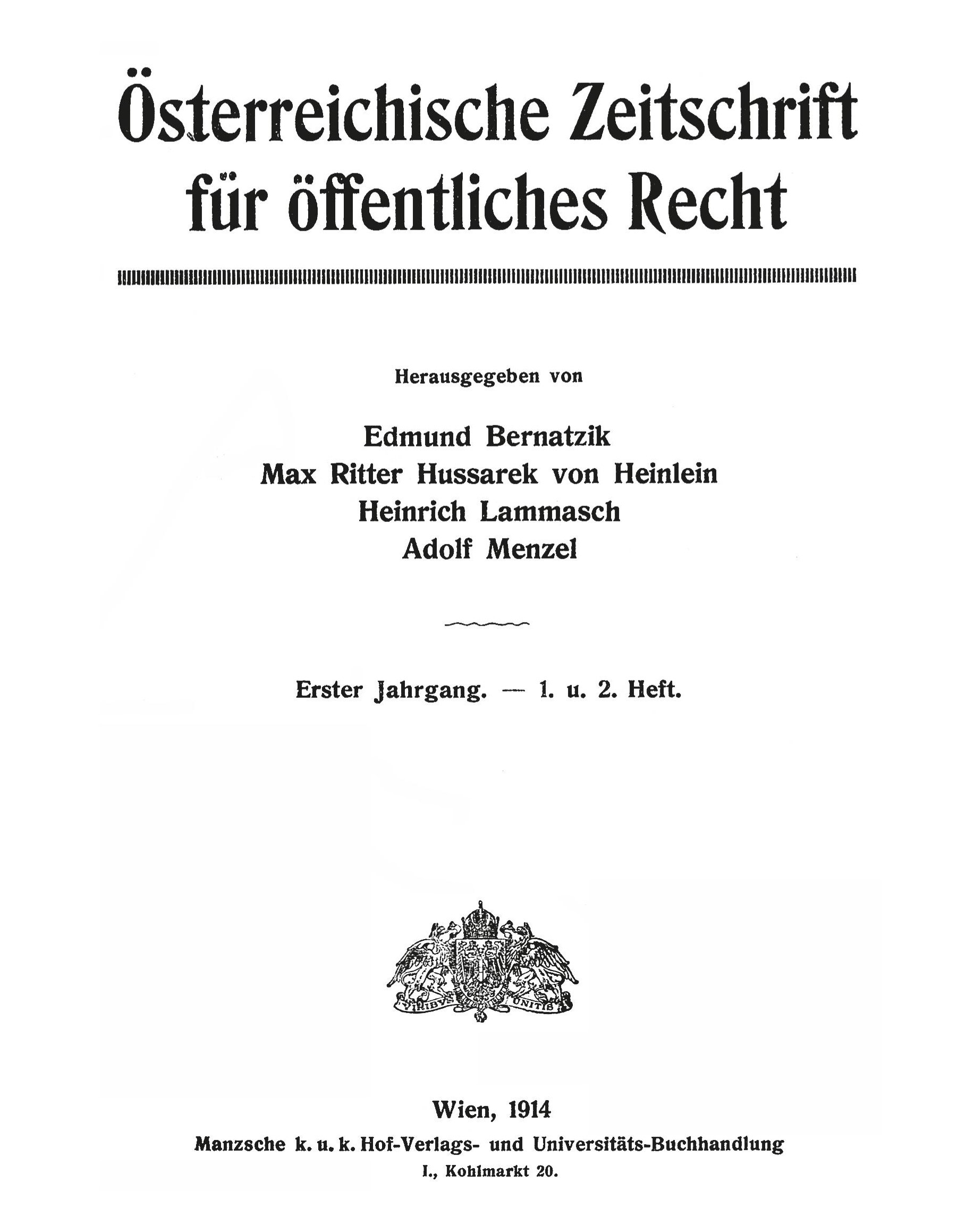 At the time of its foundation in 1914, the ZöR was a forum for both theory and practice. The journal has been divided into three sections since its establishment. These sections comprise papers, case law and practice reports, and book reviews. The ZöR focuses on fundamental legal questions. It aims to analyse the foundations of everyday legal work.

In terms of its conceptual orientation, the main focus of the journal was originally on Austrian constitutional and administrative law, church law, international law and the history of Austrian constitutional law. However, this did not mean the applicable law in the area of today’s Austria, but that of the monarchy that still existed at that time. From the very beginning, the ZöR has been a publication that has dared to look beyond borders and that has sought to comprehensively present and document phenomena and developments in the field of public law.

This basic attitude has been consistently maintained and developed. Today, the ZöR sees itself as a forum for academic discussion on important questions of public law at state, intergovernmental and supranational level.