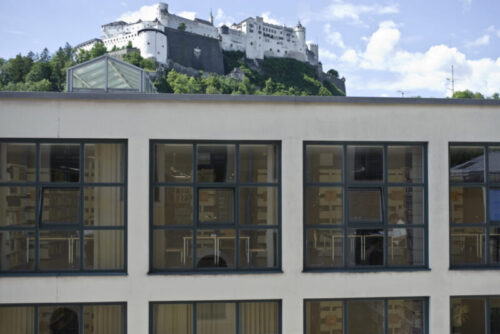 Being one of only three full-fledged departments in this field in Austria, Political Science at the University of Salzburg possesses particular strengths in the fields of comparative democracy, party politics, international trade policy, and international organization as well as the politics of the European Union. With some 80 courses annually, Political Science offers a wide range of classes in both German and English that seek to meet the highest level of academic excellence. To remain an attractive place of study, the Department of Political Science has been proactive by continually adapting its curriculum and was the first such unit to implement the Bologna Process in Austria.

Being comprehensive in nature, Political Science at the University of Salzburg offers the full range of academic training from the BA to the PhD. All three programs do not only represent different academic levels but have also distinct profiles and qualities. The academic training offered reflects the department’s empirical and analytical approach to quantitative and qualitative research and is especially known for providing a thorough foundation in advanced research methods and research design. While the bulk of political science students are drawn from the wider region, especially Salzburg, Upper Austria, and Southern Germany there is also a growing number of ERASMUS and other international students. In turn, the students of Political Science have the opportunity to go to some 30 affiliated ERASMUS and other international programs amongst others.

The department’s internationally trained faculty is especially accomplished in publishing in leading international journals and attracting third party funding both from national and European sources. Its faculty members are not only well integrated in international research collaborations but serve in a leadership capacity in multisite research initiatives.

The members of the department are also committed to public service and regularly offer their expertise to regional and national public institutions, government agencies, and the media. As such the Department of Political Science is a vital and active component of the University of Salzburg and the wider community.

Of particular importance is the department’s affiliation with the Salzburg Center of European Union Studies (SCEUS) – designated a Jean Monnet Centre of Excellence in 2008. As such the Political Science faculty has contributed to the success of SCEUS in attracting outside funding such as a Horizon 2020 grant by the European Union and in recruiting excellent candidates to its PhD fellowship program. Members of the department also teach the political science courses offered in the master’s program in European Union Studies launched in 2005.