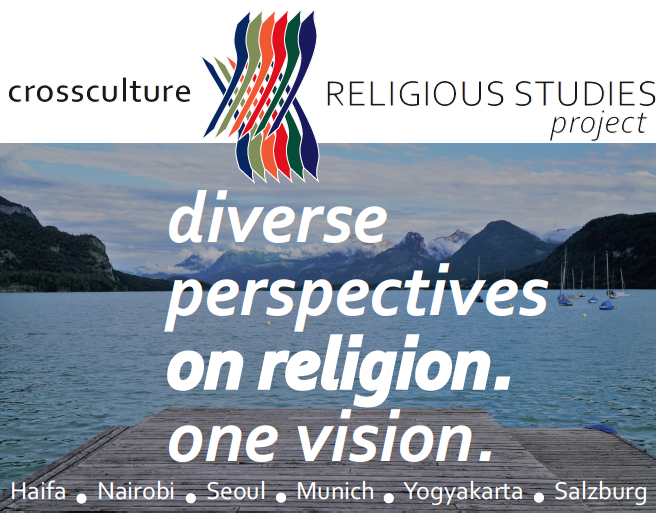 The vision of the Master`s program is a cooperative one, in which a number of universities participate. Students will spend their first academic year (two semesters) in a religious studies program at one of the participating universities. Their third semester will be spent at another university, for an immersion in a different cultural environment, studying with scholars of expertise in a religious tradition other than the one to which the first year was devoted. Students may choose to spend their fourth semester at any participating university, including those at which they studied over the previous semesters. All base universities guarantee full mutual recognition of academic credits gained at the other participating institutions. The degree will be granted by the university at which the student spent their first year of study.

Every year all participating students and academic staff will be welcomed at the beginning of August to join the CROSSCULTURE Religious Studies Summer School in Salzburg to share their experiences, and to study with the professors from the six universities, and to deepen their own intercultural and interreligious relations. Attending the Summer School will also allow students to take advantage of the famous annual ‘Salzburger Hochschulwochen’, which will be in progress. Also, students will enjoy all the benefits of the annual University of Salzburg Summer School, with which our program will be fully coordinated, and which offers a rich cultural program featuring special concerts, student events, and tours.

Universities participating in the Crossculture Religious Studies Project Program include: