Welcome to our first Summer School of the Crossculture Religious Studies Project, which will take place in Salzburg from 1st– 5th August 2022.

During these four days you will hear various different aspects of crossculture religious studies , e.g. ‘Crossculture- a methodical must in Religious Studies?’ or ‘Buddhist–Muslim Relations in Southeast Asia’, from different professors of the participating universities Haifa, Munich, Seoul, Nairobi, Yogyakarta and Salzburg. Religions are global and local phenomena that are deeply connected with tradition, language and culture of certain places. They are also reaching out at the same time to ask timeless questions of the meaning of life, the condition of human existence and ethical implications. Religious Studies, therefore, always has to be intercultural and interdisciplinary. We believe the best way to understand religion is by raising questions and pursuing answers about it with a multiperspective attitude. Religious Studies is and should be a crossculture project. Postcolonial debates have just started to itemize various aspects of this agenda. This summer school and the Crossculture Religious Studies Project are academic arenas, in which we can learn from each other how to understand our world with different perspectives.

We feel honored to welcome you in Salzburg during the summer. Salzburg is not only known for its breathtaking festivals but also for its fluffy pastries, its green city mountains and its magnificent lakes. The Summer School is in cooperation with the Salzburger Hochschulwochen, which is an international and interdisciplinary summer university located in the heart of the city, founded in 1931 by the Benedictines of the entire German-speaking area and now an event of Paris Lodron University Salzburg.

14:00 Introduction and Welcome by Martin Rötting

9:00 Lecture 2: Lena Schützle: How can we widen our circles of concern? (Religious) concepts of compassion

20:00 Konzert in der Residenz – concert in the local residence

10:30 Lecture 6: Edith Kayeli Chamwama: Continuity and change in African perspectives of the community: focus on Kenya

15:30 Round table – reflection of the teachers, break out sessions and discussions

Programme in preperation – updates and registration from 1st March 2022.

More information about the lectures:

This presentation will begin with examining the discourse of religion in three levels: Governed, expert and lived religions. It will explain the three levels as carrying out their own “cultures”. They are different but interrelated, and so religious studies should cross them (the different cultures) all. The governed religions are politically dominant (by authorities: the religious and/or the states) with their laws and regulations. The expert religions are more articulated and structured. They are by the experts, including academics who often justify, but sometimes problematize the governed religions, especially when they engage with subjects of the lived religions. In some cases, they reduce the lived religions with their ethnocentric and/or subjective perspectives, reduce the complexity of the lived religions, misrepresent, and even instigate discrimination and persecution against subjects of lived religions.

Responding to the discourse, this presentation will argue that the academic study of religion should underpin the “cross-cultural as a perspective for engagement”. The cross-cultural (perspective) has three interrelated elements: critical interdisciplinary (engaging other disciplines that study and teach religions), political (engaging the governance of religions) and humanistic (engaging the people whose religions are researched, studied and taught). It will furthermore explore the cross-cultural as a practice of studying religions. As a practice, the cross-cultural based study of religion has the vision to promote a just society, ambitious and probably utopian, but it is what religious studies is empirically facing. For the vision, religious studies should simultaneously engage in three clusters: Interreligious relations; Religion and public life; Religion, culture and nature. The engagement in three clusters is to seek three targeted outputs: Community engagement; literacy on interrelated issues; and intersectoral collaboration. Those outputs would define the contribution of cross-cultural based religious studies, both in academia and beyond.

Lecture 2: How can we widen our circles of concern? (Religious) concepts of compassion by Lena Schützle, University for Philosophy Munich

Definitions of compassion are manifold and at times compassion, empathy, pity and solidarity are understood synonymous. Instead of boiling all these definitions down to one, two concepts will be highlighted: caruna and agape. While neuroscientific research gives insight into the potential of neuro plasticity and thus the possibilities to train compassion as an attitude, many questions are left unanswered: Who is or should be compassionate towards whom? What ideas of self and other are implied by these religious understandings of compassion? And how do they support or hinder the widening of the circle of human concern (powell)? These interrogations build the ground for the discussion on how concepts and practices of compassion can promote transformation towards a more just global society

Recently in the Buddhist World of Southeast Asia, there have been tensions building up between Buddhism and Islam at the northern part of Rakhine state in Myanmar and at the southern part of Thailand in Malaya peninsula. The cause of these tensions could be diverse, such as ethnicity, religion, and economic situations, yet unrest caused by them spread throughout Buddhist world including Lumbini and Bodhgaya as well as throughout Muslim world including Chittagong in Bangladesh. Nowadays both religions tend to be seen in the popular media not as reconciling force but as dividing force in these serious conflicts. In this presentation, I am going to talk about Buddhist-Muslim relations from historical point of view and to seek out ways of making reconciliation within these bitter disputes in Southeast Asia.

Lecture 4: Walking the Narrow Bridge: Reflections on the Critical Study and Devotional Practice of Judaism by J.H. Chajes

In this lecture, Prof. Dr. Josef Chajes, Wolfson Professor of Jewish Thought at the University of Haifa, will reflect upon the critical role the academic study of Judaism has to play in the fashioning of nuanced and authentic alternatives to the fundamentalist, reactionary postures that became dominant in the modern period. Drawing on his extensive personal as well as professional experience, Chajes will explain the particular significance of this issue in Israel, where he has taught for over twenty years at the most culturally diverse university in the country

Lecture 5: Crossculture- a methodical must in Religious Studies by Martin Rötting, University of Salzburg

„Comparative Religion“ was one of the many titles chairs in Religious Studies occupied. But as many have righty noted, comparison lead very often into a manufaction or fabrication of terms (R. T. McChuteon) which is in itself often misleading. But if the blending of religions in search of the holy (R. Otto) is not out of risk either, we can not do anything else then perceive the flux of religious cultures in a dance of perspectives that will merge into a process of understanding. But how does an approach which can be called „Crossculture Religious Studies“ work in practice and what further theoretical issues are involved?

Lecture 6: Continuity and change in African perspectives of the community: focus on Kenya  by Edith Kayel Chamwama, University of Nairobi

The community has been, and continues to be, an important Reference point for Africans. According to Magesa (1997), „the African view of the universe contains the following major themes: the sacrality of life, respect for the spiritual and mystical nature of creation and, particularly, of the human person; the sense of family, community…….“ This is a point of view shared by a number of other scholars of African culture and religion on the concept of community. Some African scholars have emphasized the importance of the concept of community to Africans. Mbiti (1970) depicts the concept of community with the phrase „I am because we are, and because we are, therefore I am“ (p.141). Similarly, Kenyatta (1965), writing on the concept of community among the Agikuyu, opines that no one is an isolated individual (p.297). Given the foregoing, I postulate that an African community consists of a group of people who are related by blood or ethnic/tribal group. It is an institution characterized by mutual cooperation, interdependence, and a sense of belonging. There is a sense that everyone is doing their part to promote fairness and justice and, as a result, to reduce inequalities caused by selfishness and individualism.

It is worth noting that, despite the diverse sentiments expressed on the concept of community in Africa, there have been changes brought about by a variety of factors. Indeed, some aspects of the community have remained unchanged, while others have been transformed as a result of interactions with other societies and the globalization that has opened up the world to Africa and vice versa. Consequently, the purpose of this paper is to describe the continuity and change in the concept of community in Africa. I recognize that if I keep the scope of Africa broad, I will not be able to do justice to this discussion. Accordingly, the majority of my examples and arguments will be heavily influenced by the Kenyan context. The data presented will be based on a combination of field results and arguments presented by various African scholars. 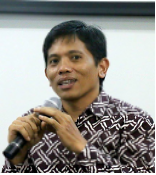 2006-2018. Senior Lecturer with Tenure at University of Haifa – Department of Jewish History

2018- 2021. Associate Professor at University of Haifa – Department of Jewish History

2013-2018. Habilitation in Religious Studies at the LMU Munich

Conditions for attending our SummerSchool:

For the SummerSchool attendants you need to register

Direction to the University of Salzburg?

Turn right onto Universitätsplatz– the university is on the right hand side.

Turn right onto Universitätsplatz – the university is on the right hand side.

If you want to drive to Salzburg with a car, you can use the following  link.

Parking: there aren’t any parking spaces right infront of the university but there are some parking houses close by –   https://www.salzburg-altstadt.at/en/parking-in-salzburg

Apply for a student paper:

All students are allowed to hand in papers. The papers have to focus on problems of crosscultural relations and give a concrete field example. This can include academical, methodical, hermeneutical, philosophical, theological, or other relevant perspectives. Please send an abstract with 150 words to Prof. Martin Rötting () till 01.05.2022.

In order to get 3ECTS points you need to attend all lectures of the SummerSchool program, give a paper in the presentation slot and hand it in as an academic paper (10 pages, 12 New Times Roman, 1,5 space) to Prof. Martin Rötting ().