Professor Vitaly Bergelson (Ohio State University) gave a workshop about the basic concepts and applications of the theory of dynamical systems and ergodic theory to number theory. He is one of the leading experts in this field, with over 100 refereed publications on these topics.
The workshop was organized by Peter Hellekalek and is part of the mentoring project of the Special Research Project SFB F55-N26, Quasi-Monte Carlo Methods: Theory and Applications of the Austrian Science Fund (FWF). It was supported by the University of Salzburg in the context of the PLUS Young Scientists Project and took place at the University of Salzburg, March 13-17, 2017.

Alexander Bors from the Department of Mathematics at the University of Salzburg received on Wednesday, December 7, 2016, in Vienna for his PhD-Thesis “On dynamical aspects of finite group endomorphisms” the Award of Excellence – state award for the best PhD-Theses in 2016 from the federal minister for science, research and business. The prize was presented to him by Section Head Dr. Iris Rauskala at a ceremony in the Palais Harrach.
Mr. Bors wrote his PhD-Thesis as part of the special research area “Quasi-Monte Carlo Methods” of the FWF under the supervision of Peter Hellekalek at the University of Salzburg. His results are internationally recognized and have already brought him several invitations, e.g. to Canada and Australia.

The conference “Computational Aspects of Diophantine Equations” took place at the University of Salzburg, February 15-19, 2016. It was organized by Clemens Fuchs, István Pink and Volker Ziegler and focused on topics related to Diophantine equations, Diophantine analysis and Diophantine geometry. For further information please see the link below. 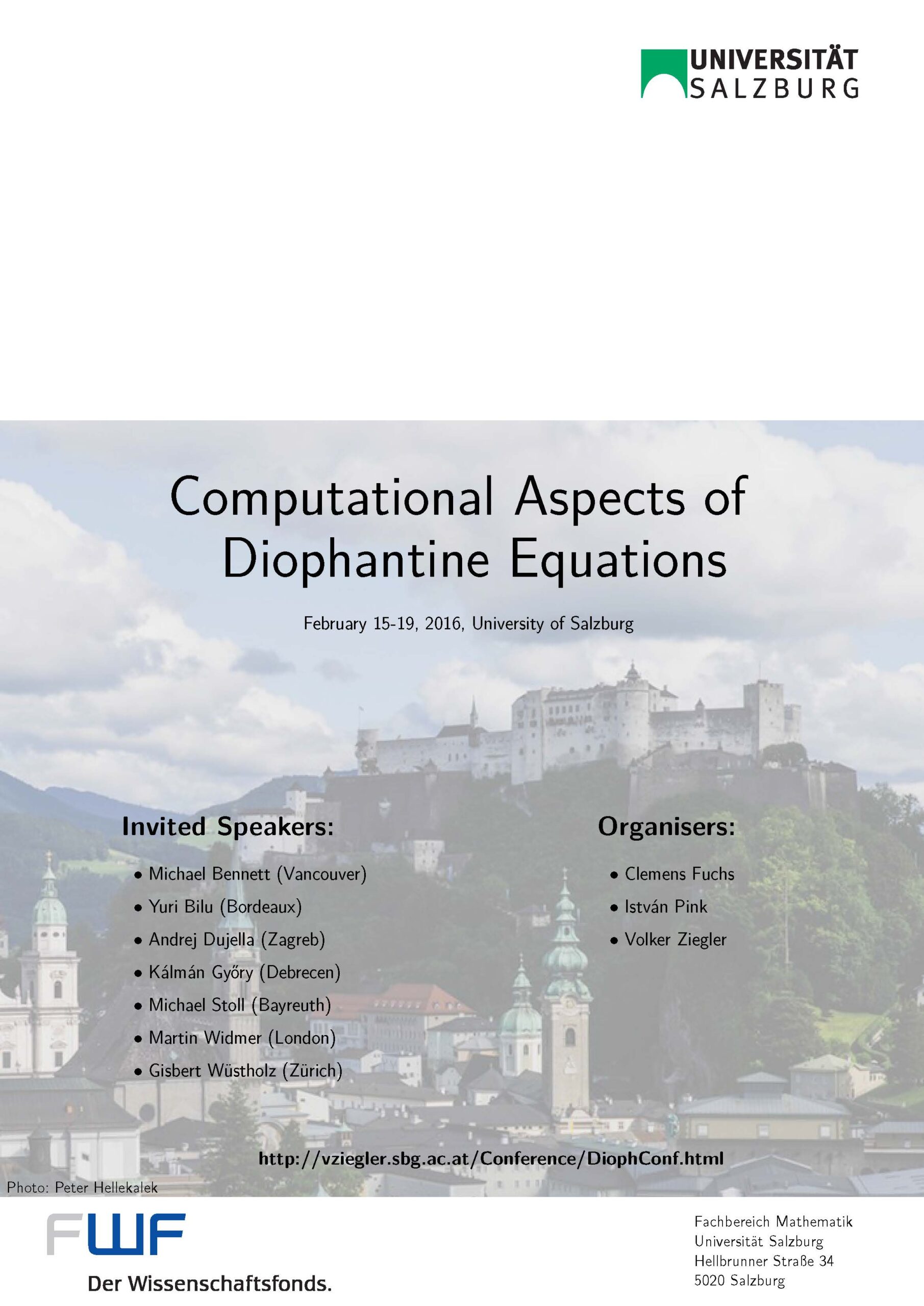