Lecture at the College for Human Sciences

“The EU’s Neighbourhood Policy after Russia’s Invasion of Ukraine: End or New Beginning?”

On 15 November 2022, 7 pm, Univ.-Prof. Dr. Kirsten Schmalenbach gave a lecture as part of the series “Europe after Russia’s invasion of Ukraine” at the College for Human Sciencies in Bad Homburg.

The lecture will dealt with the original goals and the actual challenges of the “European Neighbourhood Policy” in general and Russia’s position within this policy area in particular.

How to End an Illegal War?

On 21 April 2022, an article on this topic was published on the Völkerrechtsblog by Univ.-Prof. Dr. Kirsten Schmalenbach and Mag. Alexander Prantl, LLB.oec.

Even the Eagle does not Fly Higher than the Sun

On 21 February 2022, an article on this topic was published on the Völkerrechtsblog by Univ.-Prof. Dr. Kirsten Schmalenbach und Maga. Sara Wissmann.

Topics of the day in International Law: Recognition of Governments after Regime Change – Recent Developments in Afghanistan and Myanmar, with Prof. Kirsten Schmalenbach

After forced changes of power, the international community faces difficult questions about the treatment of the new representatives of the affected states. Do the new rulers take over the seat of the state in international bodies; do they move into the position of the old government as a party in international court proceedings; must they be granted access to foreign accounts without further ado? These are just some of these open legal questions, which Prof. Kirsten Schmalenbach discussed using the recent examples of Afghanistan and Myanmar in the online kick-off session on 10 November 2021.

Guest lecture in the context of the course Space Law 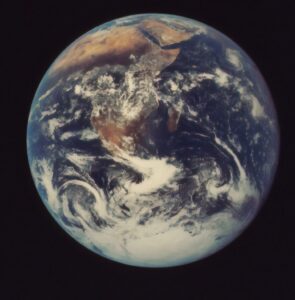 On 4th May 2021, the Department of International Law hosted a public guest lecture by two renowned space law experts as part of the Space Law Seminar.

The title of the joint lecture by Steven Freeland and Donna Lawler was “A day in the lives of two space lawyers“.

Mr Freeland is Emeritus Professor of International Law at Western Sydney University and a member of the Australian delegation to the Committee on the Peaceful Uses of Outer Space (COPUOS). Ms Lawler is a co-founder and lawyer at Azimuth Advisory, a law firm specialising in legal advice for space activities.

On 1st January 2021 a 3-year FWF-funded project started at the University of Salzburg.
The United Nations (UN) is currently conducting thirteen peacekeeping missions of varying sizes, level of armament and robustness in Mali, Democratic Republic of the Congo, Central African Republic, South Sudan, Darfur, to name but a few. These peacekeeping missions expose the UN’s uniformed and civilian personnel to service-related risk that may result in death, illness, injury and loss. However, it is not only the UN’s own personnel that can be affected by such tragedies, as the local populations in the various regions where peacekeepers operate are also subject to such risks. A considerable number of these tortious acts is attributable to the respective peacekeeping mission and, ultimately, to the UN. It is the UN’s internal handling of these third-party tort claims, outside of domestic court systems and shielded from the public eye, that is the exclusive subject of this project. The aim related to this is to identify and contextualize the rules the UN applies when dealing with torts and remedies for affected third parties.
This project will meaningfully advance the current state of the art in several respects: first, by increasing our understanding of the procedures of UN local claims review boards when dealing with third-party claims in situ; second, by shedding light on the substantive rules applied by such boards to individual claims before submitting to the injured party a proposal for amicable settlement.
Finally, this project could have wider implications by potentially influencing the claims settlement practices of other international organizations with military missions under their operational command (eg NATO, ECOWAS, African Union).
Ongoing information on the project can be found on the International Law homepage: https://www.uni-salzburg.at/index.php?id=214497&L=1