Domestic violence refers to any kind of physical, sexual or emotional violence by anyone at any time. It is one or more acts of physical violence by a partner at any time. Violence occurs almost in every society in the world, within the wider community and   it affects mostly women and girls disproportionately.  It should be noted from the beginning that, violence is well connected with women because they are vulnerable group who are greatly affected by these acts of gender- based violence. Research on domestic violence is fairly new, and has been undertaken perhaps only in the last 25 years. In the main, it has originated in Western Europe, North America, Australia and New Zealand. The thesis will have six chapters: These chapters will deal with the Meaning of violence in general; Causes of violence; Contributive factors for the violent life in the Tanzanian marriage families; Effects of domestic violence; the Church’s response to domestic violence against women; Tentative solutions to the problem and the General conclusion.. The evil of violence affects not only women but the whole society and it is to be eradicated. 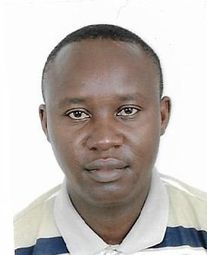 Fr Ewald Kilasara is a Catholic priest born and incardinated in the Catholic Diocese of Same Tanzania. He obtained a Diploma in philosophy from Kibosho Senior Seminary (2004). He also obtained a Baccalaureate in Theology from Segerea Senior Seminary, Dar es Salaam approved from Urbaniana (2008). Kilasara holds a Licentiate Degree (STL) in Sacred Theology with specialization in Moral Theology from CUEA, Nairobi Kenya (2015).