The dominating and most characteristic ciliates (Protozoa, Ciliophora) in the marine microzooplankton belong to the Class Oligotrichea (oligotrichs). The first investigation of their evolution necessitated the establishment of several new families, genera, and species, demonstrating the tremendous diversity of oligotrich ciliates.

Oligotrich ciliates do not provide many morphological features, which additionally occur in various combinations. Identical ciliary patterns were, for instance, found in species with and without a contractile tail or specialized ciliary organelles. This raised questions of how these patterns evolved and whether the ciliary patterns or the other features developed several times independently (convergently). Thus, an attempt was made to reconstruct the evolution within the oligotrichs. Besides literature data, own results on the morphology, divisional pattern, and ultrastructure of 17 species from 11 genera were used. The species were described on highest scientific level, employing live observation, a special kind of cell staining (protargol impregnation), and scanning electron microscopy. The observed diversity was enormous and necessitated the erection of three new families, four new genera, and one new species. Additionally, the characterizations (diagnoses) of 21 taxa were improved. On the other hand, one genus was rejected, as its distinguishing feature (specialized ciliary organelles) was interpreted as an adaptation to the benthic habitat, which developed several times independently in different ciliary patterns. The division pattern, an evolutionary important feature, was studied in six genera and corroborated the reconstructed development of the ciliary patterns.

My morphology-based phylogenetic tree was hardly comparable with the molecular (small subunit ribosomal RNA gene) one, because the latter tree comprised too few data sets, especially of naked (aloricate) species. The number of species and genera included into the molecular tree was thus enhanced by adding several further gene sequences in co-operation with Italian, British, and Canadian colleagues. The morphologic and gene trees matched rather well, concerning the house-forming tintinnids. Both trees supported the conclusion that hyaline houses (loricae) developed independently several times. This clearly contradicts the current tintinnid classification, which does not include cell characteristics but is merely based on features of the house. The description of ten species thus represents a considerable step towards a natural tintinnid systematic and an assessment of their real diversity. A morphologic and genetic comparison revealed only inconspicuous differences between distantly located populations of Laboea strobila, an apparently cosmopolitan ciliate with a curious screw-like appearance.

The results of the project were published in seven peer-reviewed papers and some abstracts in international scientific journals and were also presented in form of posters and lectures on international congresses. The whole findings have already been included into a revision of the naked (aloricate) oligotrichs, which will serve for many years as an essential guide to the taxa, a reference book to the original literature, and a valuable tool for all who deal with ciliates, i.e., not only scientists who describe and classify ciliates, but also ecologists, physiologists, and molecular biologists. 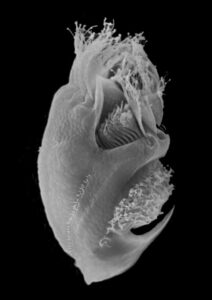 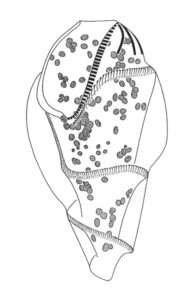 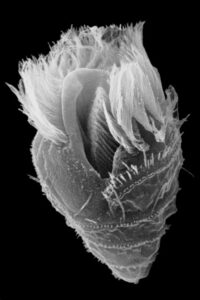