The SCEUS is currently home to two Doctoral Colleges:

Research students selected by the Admissions Committee will be eligible for a three-year scholarship at conditions as established by the Austrian fund for science and research. The Doctorate of the University of Salzburg is conferred on students who have completed one of the doctoral studies programmes (Law or Social Sciences), in the form of either a Ph.D. (in social sciences such as political science and economics) or a J. D. (Doctor iuris). The first cohort of doctoral students finished the theses in autumn 2011, the second in autumn 2014, the third in autumn 2017 and the fourth in autumn 2020. Since October 2020 the fifth cohort of doctoral students have started with their research under the general heading of “Challenges of European Integration”.

The different projects aim to get a better understanding of the limits of an „ever closer Union“ concerning the deepening as well as the widening of European integration. Doctoral students are taught by internal and co-supervised by external faculty. An international Visitors Programme was established with the help of the Jean Monnet Centre of Excellence Programme. All doctoral students are to successfully complete one semester at a foreign university department specialised in the pertinent fields.

The doctoral college is co-financed by the Swiss Humer Foundation.

The SCEUS Docfunds-College investigates the “Challenges of European Integration”. The European Union faces unprecedented challenges from Covid-19 to democratic backsliding and climate change at a time when political and societal contestation has markedly increased. As a result, two problem-solving gaps are widening. Internally, the EU faces a severe “commitment-compliance gap”: it still generates agreement on binding rules, but member states are often unwilling to render these rules effective in practice. Externally, the EU’s “capabilities-expectations gap” is wider than ever before as the list of global problems requiring European engagement is getting longer whereas the EU’s already modest action capacities are contested. Against this background, six doctoral students from political science study the precise dimensions of these gaps, their institutional and societal causes and ways for closing them.

The Docfunds-College was established in 2021 and builds on the success of the existing doctoral programme at SCEUS. It benefits from SCEUS’ excellent environment as an interdisciplinary focus area of PLUS and as a unique institution in the Austrian academic landscape. The entire faculty of the political science department shares a strong track record in studying European integration from sub-disciplinary perspectives of EU politics, international relations, comparative and Austrian politics and joins forces to train innovative, independent early career scholars according to highest international standards. The training programme combines structured methodological training with individual measures tailored to the needs of doctoral students, particularly aiming at building professional networks and promoting international mobility. 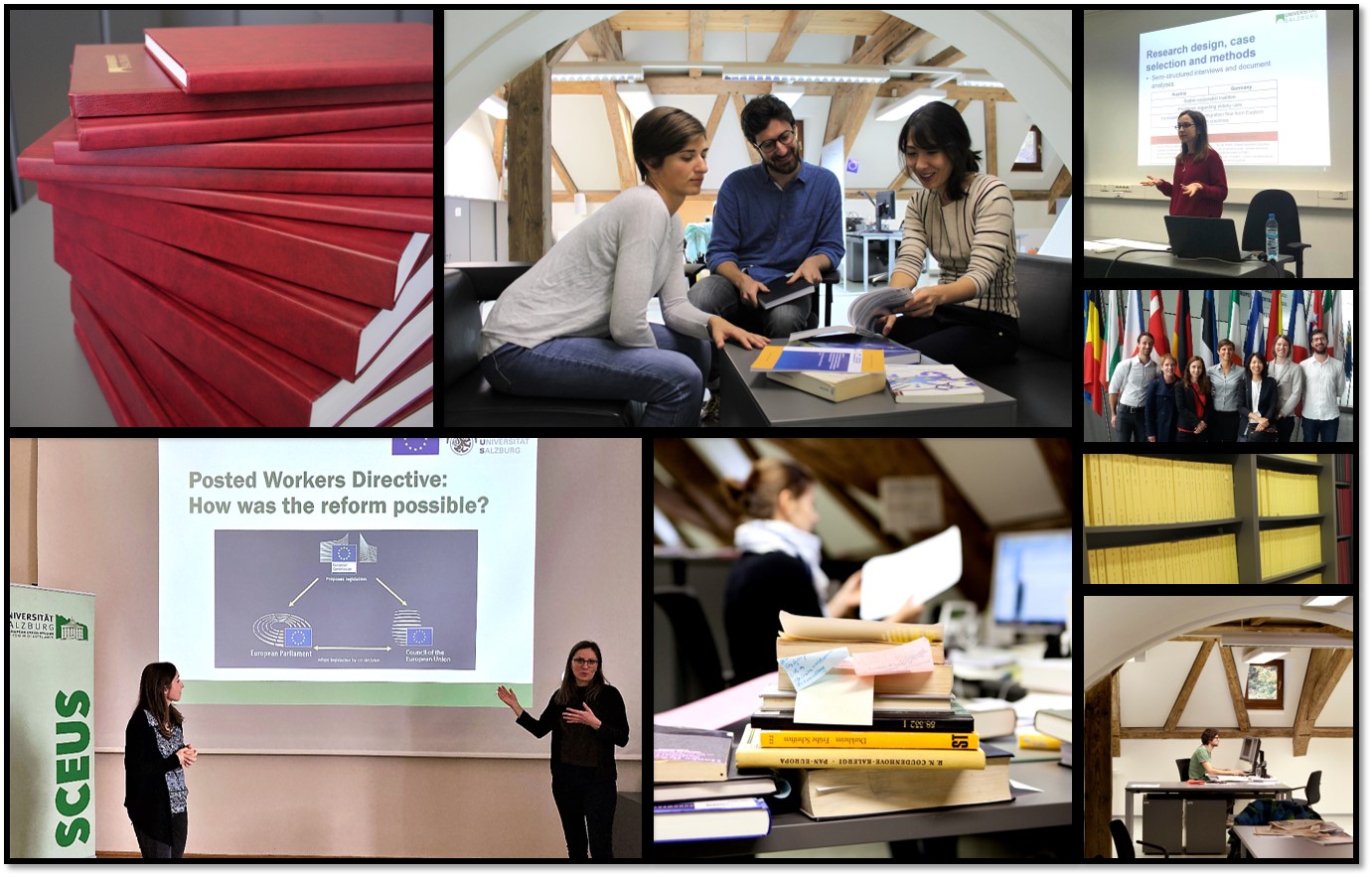