Doctoral Students at the SCEUS

Sarah Deisl studied law at the University of Salzburg. During this time she gained experience in a law firm in Salzburg as well as in a law firm for immigration in the USA in Alaska. She has also participated in the area of economic and fiscal integration within the EMU Choices project at the SCEUS. Since October 2020 Sarah has been working at the SCEUS doctoral program. In her dissertation, she deals with the threat to the rule of law in the European Union, with special emphasis on the power struggle within the European institutions.

Ermela Gianna studied economics and statistics at Piraeus University of Economics in Athens from 2006 to 2011, and European Studies at University of Vienna from 2011 to 2012. During this time, she worked as a Schumann Trainee at the European Parliament in Brussels, and as a Marketing Intern at Eurolife Insurance Group in Athens. After completing her studies, she worked as a Research Assistant at Panteion University of Political Science in Athens for two years and as an MP Assistant and Junior Policy Advisor in the Greek Parliament for one year. In September 2020 Ermela completed her Master’s degree in European Union Studies at the University of Salzburg and since November 2020 she has been working at the SCEUS doctoral college. Her dissertation deals with the role of the European Parliament (EP) during the Covid-19 pandemic, and in particular with EP’s influence on the MFF 2021-2027, NGEU and Rule of Law Mechanism negotiations.

Léo Gotarda graduated in law (LL.B.) at the University of La Rochelle in France. Afterwards, as part of its law studies, he spent time abroad at the University of Salzburg where he decided to pursue a double degree with the Roman University Luiss Guido Carli in the fields of European Union Studies and International Relations. After an internship at ‘La bascule’, an association dedicated to the ecological, economic and social transitions, he continued his legal studies in France within the framework of a trinational LL.M. in Comparative Law at the Universities of Strasbourg, Freiburg im Breisgau and Basel. Since October 2020, Léo is part of the SCEUS doctoral college and deals with the mainstreaming of climate change into the EU legal order in his dissertation.

Karin Klieber graduated in Economics from the Karl-Franzens University Graz. She spent one semester at the Macquarie University in Sydney and interned at the Austrian Central Bank as well as the Austrian Federal Economic Chamber in Salzburg and Strasbourg. Before joining the SCEUS Doctoral College she was employed as a data analyst at the Porsche Holding Salzburg and Salzburg Research. Since October 2020 she is a doctoral candidate in Economics at the University of Salzburg and works on her dissertation in the field of macroeconomic forecasting applying methods form Bayesian econometrics.

Klaudia Koxha studied Political Science at the University of Tirana from 2014 to 2017. Throughout her studies, she completed her traineeships at the Council of Europe Office in Albania, where she worked on two projects, ‘Support to the Efficiency of Justice’ and ‘Action Against Economic Crime’ and at the Municipality of Tirana where she was assigned to the office of Social Services. She then continued her MA studies in Political Science at the University of Salzburg where she worked as a student assistant as well as research assistant to the project ‘A Comparative Study on The Budgetary Discourse in the Eurozone’. Her MA thesis explores how radical-left populist parties respond to cultural cleavages. She continues to research on populism in her dissertation, in which she analyses how populism affects the process of European Integration in the Western Balkans.

Birgit Mitter has been studying political science at the University of Salzburg from 2015 onwards. In her studies, she put a focus on languages and quantitative methods and passed on her enthusiasm for research design to other students of political science in several tutorials. For three years, she has been working as a research assistant at the local department and in a research project dealing with the European Single Market. In her dissertation, she foucses on European project funding the the cultural sector and elaborates a composition of quantitative research approaches in this field.

Mariana Mykyliuk studied law at the University of Salzburg as a native Ukrainian. During this time, she gained valuable professional experience in a law firm in Vienna, at the Austrian Human Rights Institute in Salzburg as well as in a customs and taxes department within two international companies in the Salzburg area. Due to the numerous insights into the economic integration of the EU within the professional practice, the decision came to research in this field. Since October 2020 Mariana has been working at the SCEUS doctoral program and is investigating the problem of border controls within the Schengen area in her doctoral thesis, in particular their impact on the free movement of persons.

Nico Petz completed his bachelor’s degree in economics in 2018 at the Vienna University of Business and Economics. In 2020, he completed his master’s degree in economics at the same University. In his master’s thesis, he worked on the bayesian estimation of macroeconometric models, in order to gain more insight into the effects of persistent changes in interest rates on inflation dynamics. In October 2020, he started his work as a phd candidate at the Centre of European Union Studies at the University of Salzburg. His doctoral Thesis explores the application of machine learning methodologies in the econometric time series analysis with a focus on macroeconometric models. Furthermore, this contribution to the scientific literature will be applied to economic questions in a European context.

Anna Stelzer studied International Development at the University of Vienna and Economics at the Vienna University of Economics and Business. During her studies, she gained practical experience as an intern at the Austrian Embassy in New Delhi and the Austrian Central Bank. After completing her master’s degree, she was employed at the Institute for Economic Geography and GIScience (Vienna University of Economics and Business) and completed a traineeship at the European Central Bank. As a doctoral candidate at SCEUS, her dissertation deals with the empirical effects of monetary policy on the distribution of income and wealth in the euro zone.

Elisa Christine Funk has a background in Economics (BSc) from the University of Bayreuth, Germany and in International Relations with a specialization in Global Political Economy (MSc) from Stockholms University, Sweden. Throughout her studies climate change policy was among her core academic interests. In her Master thesis she conducted a panel data analysis of the EU’s climate-related engagement outside its borders. During her studies and after her graduation in 2020 she worked as a research assistant at Stockholms University, most recently on a project on legitimacy perceptions of international organizations. In her dissertation at the SCEUS she will continue to research the EU’s climate change policy using a mixed methods approach.

Alexandra Bögner studied Political Science and Economics at Heidelberg University and holds a master’s degree in International Relations from a joint degree program by Freie Universität Berlin, Humboldt University Berlin and Potsdam University. She also spent time studying at Sciences Po Paris and Duke University’s Graduate School. After completing her studies, she worked as advisor for trade policy at Robert Bosch GmbH and subsequently as research assistant at the German Institute for International and Security Affairs (SWP) in Berlin. She joined SCEUS in October 2021 to work on her dissertation project on the EU’s ability to wield its trading power to affect third countries‘ climate policies, specifically through the climate provisions included in EU trade agreements. In her dissertation project at SCEUS, Alexandra examines the EU’s ability to leverage its trade power to move third countries to adopt stronger climate policies. The project specifically investigates whether, how, and under which conditions the inclusion of of climate provisions in EU PTAs affects the climate policies of the partner countries that sign them.

Amélie Jaques-Apke studied International and European Affairs at SciencesPo Paris and King’s College London. She worked for several years as a think tanker, political analyst and researcher in the public sector (European and International Affairs), overseas and in Europe. As a research fellow, she works on radical right populism since the outbreak of the pandemic since 2020. Amélie is part of the SCEUS doctoral college and deals with the effects of radical right populism on European integration and the pandemic. Her PhD project deals with the Covid-19 crisis as a political armoury for the new transnational populist radical right in the European Union. The focus of this research proposes to develop a framework to explain two key questions: With regard to populists’ need to gain and maintain electoral support, which role plays the pandemic within populist radical right parties and their European change agenda? How does this new transnational phase of the European populist radical right affect European integration and Euroscepticism in the short and the longer run?

Vitus Terviel holds a Bsc. degree in Business Administration from the Fontys International Business School where he successively developed a critical view towards the social and political order, having led him to pursue an M.A. in International Relations at Coventry University. Here, he already focused on the relevant questions concerning European integration and right-wing populism in Austria and Germany. Stemming from his research interest he furthered his competencies on European policy by undertaking an M.A. in European Studies at the University of Amsterdam. His EU research area encompasses the democratic deficit, the normative illegitimacy, and post-structuralist approaches to identity. Vitus’ dissertation project explores the prevalence of supranational versus intergovernmental decision-making patterns during the Covid-19 pandemic and their effect on the general public’s acceptance. It shall be analysed if supranational policies find normative legitimacy among the citizens due to perceiving the EU as the potent political actor.

Mariia Tepliakova studied Media Communications at the Higher School of Economics (Moscow, Russia) from 2015 to 2019. During her studies, she participated in several educational projects, working on gender equality and mental health awareness. After defending her BA thesis on local media and center-regions balance in Russia, Mariia has received a prestigious Erasmus Mundus Master Degree scholarship to study European politics and society in three EU Member States: the Czech Republic, Poland, and Spain. For her MA thesis, she worked on media freedom and democratic backsliding in CEE, specifically focusing on SLAPP and self-censorship mechanisms. As a doctoral candidate at SCEUS, Mariia investigates anti-gender backlash in the EU, in particular changes in attitudes towards gender equality policies and consequences of those transformations.

Soso Makardze studied International Relations at Batumi Shota Rustaveli State University, Georgia. Because of Georgia’s predominant European foreign policy and general “EU-phoria”, European integration became his main research interest. The title of his BA thesis was “Euroscepticism and dis-integration processes in the EU (based on Brexit)”. After spending an exchange semester at the University of Salzburg in 2017, he decided to pursue his future studies in Salzburg and successfully enrolled in the Joint MA in Political Science – Integration and Governance (PoSiG). In his MA thesis, he studied the role of the EU in higher education reforms in Georgia. Soso´s Ph.D. project deals with democratic backsliding in the EU and the EU measures against the breaches of its fundamental values by the member states. In particular, it focuses on the new Rule of Law Conditionality Regulation (Regulation 2020/2092) and studies its prospects of effective application. At the same time, the project will study public attitude towards the new regulation, the cases of its possible public acceptance or rejection. Considering it, this doctoral project intends to examine the EU’s defensive mechanism against democratic backsliding and the public understanding of its domestic intervention. 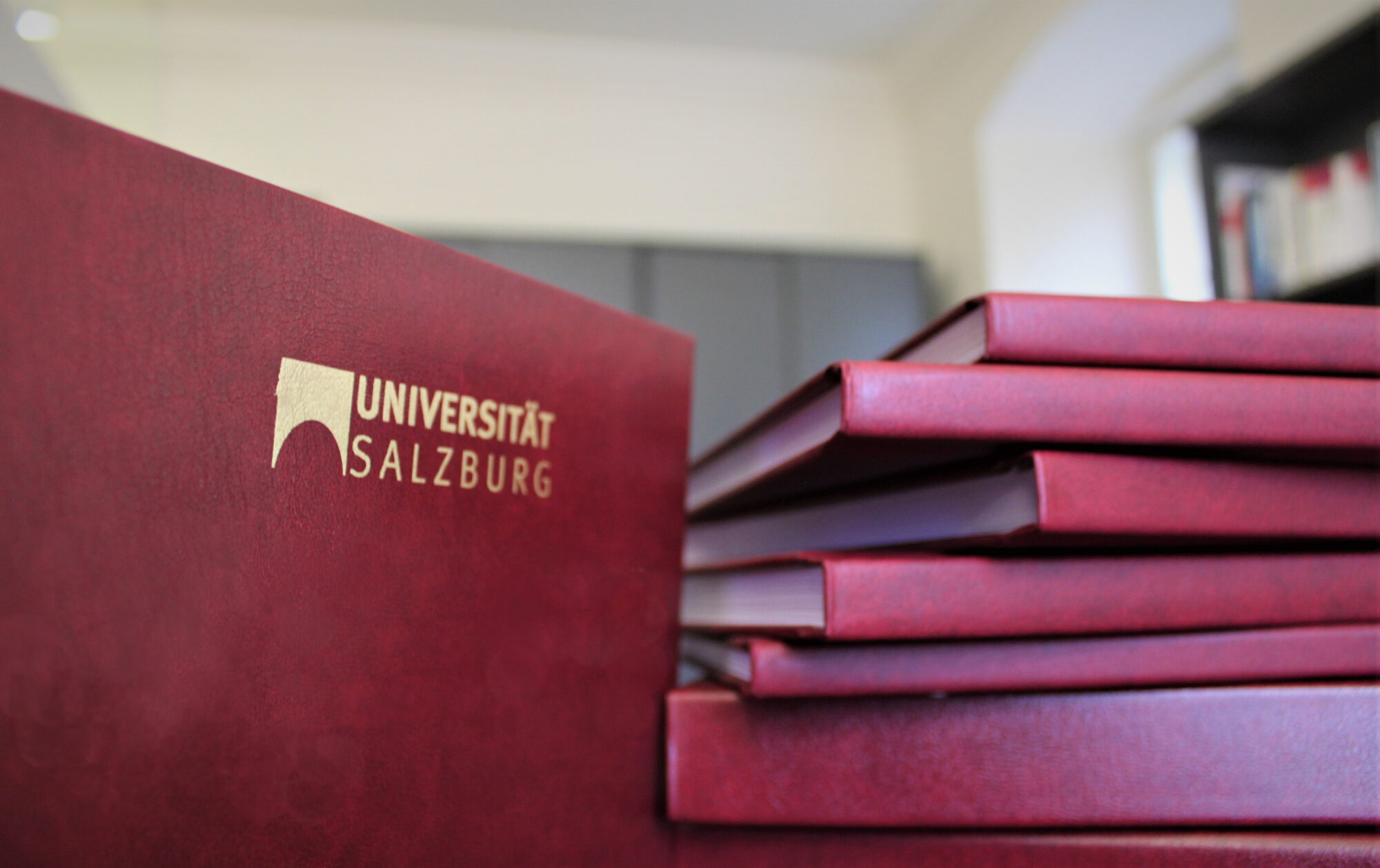