My experience at LUISS
by Jakub

My name is Jakub, I am a former SCEUS student and in 2020/21 I took part in the Double Degree with the LUISS University in Rome. In the following, I would like to share some of my experiences with studying in the “Eternal City” of Rome and with “la dolce vita” in wonderful Italy.

I totally loved (almost) everything about my time in Rome. Even though, I could not enjoy both the summer and winter semester in Rome due to the global pandemic situation, my winter semester which I spent in Rome could surely be regarded as one of the best periods of my life. I have fallen in love with the vibrant and fascinating city full of contrasts, amazing sights, delicious restaurants, beautiful parks and, last but not least, friendly and easy-going Italians. Life in Rome is far from idyllic though. Every day is a struggle to get from one point to another by Roman far from perfect public transport, the city might be walkable but only in the very city centre and so I would definitely recommend to stay in some of the neighbourhoods surrounding the LUISS campuses and not on the other side of the city. Also, those neighbourhoods belong to the nicest, cleanest and safest parts of the town, so when you look for an accommodation in Rome, go for Nomentana, Parioli or Trieste neighbourhoods or areas around Villa Ada and Piazza Bologna. The rents are not cheap (ca. 500,- – 600,- euro for a room in a shared flat incl. the bills), but everything else apart of the accommodation is cheaper in Rome than in Salzburg, so you won’t spend more money than in Austria anyway. 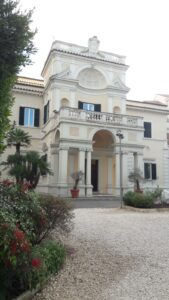 Rome and Italy as such are amazing places to spend your study time abroad. Given the central location of the capital within the country, you can easily travel from Rome all around Italy by cheap and mostly reliable trains or buses. But to be honest, I did not have to travel outside of Rome much, because the city itself can fill a year-long discovery schedule with all its great museums, open-air sights, markets and easily reachable beaches within one hour from the city centre. Still, if you would like to explore something more of Italy, don’t miss Tuscany with its legendary Chianti and Montepulciano wines, rich history (I mean Florence or Pisa!), splendid beaches (Elba island) and very different overall atmosphere as compared to the chaotic Italian capital. You can also do a trip southward of Rome to Naples, Pompei and Amalfi coast or to less touristy Puglia. Even some less famous places in Lazio region surrounding Rome like Viterbo, Tivoli or Frascati are absolutely worth a visit. In Rome, except of the most famous sights, you should take a walk along the Roman road Via Appia, relax or jog in Villa Ada, visit some of the smaller churches with breathtaking sculpture works from Bernini or follow the steps of Robert Langdon from Dan Brown’s Angels and Demons. 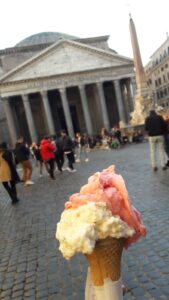 I can assure you that with all these countless possibilities what to do and what to see in mind, you will sometimes find it quite difficult to focus on your studies at LUISS, but also those deserve to be mentioned. LUISS is a top Italian private university with everything it brings. As a Double Degree student you will be able to make use of all the university infrastructure which is far from what one knows from public universities in Austria. LUISS campuses look more like hotel gardens with palm trees, electric bikes to share, own radio broadcast and free electric shuttle bus running between diverse university campuses. LUISS Career Centre organizes various talks with top businessmen and politicians such as the CEOs of most recognised fashion brands and companies, diplomats and leading Italian political figures. Additionally, as a LUISS alumni you will be granted access to most of those career events and opportunities even after you graduate. The studying at LUISS itself is not that hard to be honest. The grading scheme is rather lenient, the workload comparable to Salzburg and the professors mostly open-minded and welcoming, but not very demanding and strict. Sometimes they struggle with English and like “to listen to themselves” too much though, but I guess that might be the problem everywhere. What I personally liked was the fact, that the LUISS curriculum was less EU-focused than in Salzburg and so you can get useful insides into the problematic of international law and global politics as well. Italian students are usually very friendly and curious so I did not have any problems with getting “integrated” within the class.

There are plenty of aspects of life I am missing from Rome. First and foremost, waking up with a clear sky behind your windows almost every day. Already this makes your day so much better. Also, the food in Rome is just…well, you have to try it yourself. Let’s say I have never been a gourmet, but in Rome I have become one. I am missing the atmosphere of LUISS campuses, the smiling people and even the chaos and noise of busy Roman streets. But what I am missing the most is the city itself – I have already travelled a lot, but so far, I have never experienced a more fascinating city than Rome. It might not be the most beautiful or idyllic place on earth, but it is unique in every regard and I am very grateful that thanks to my Double Degree I could experience that uniqueness live and maybe even from a more “Italian” perspective than an ordinary Erasmus student. 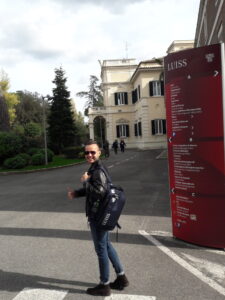 My experience at LUISS
by Ursula 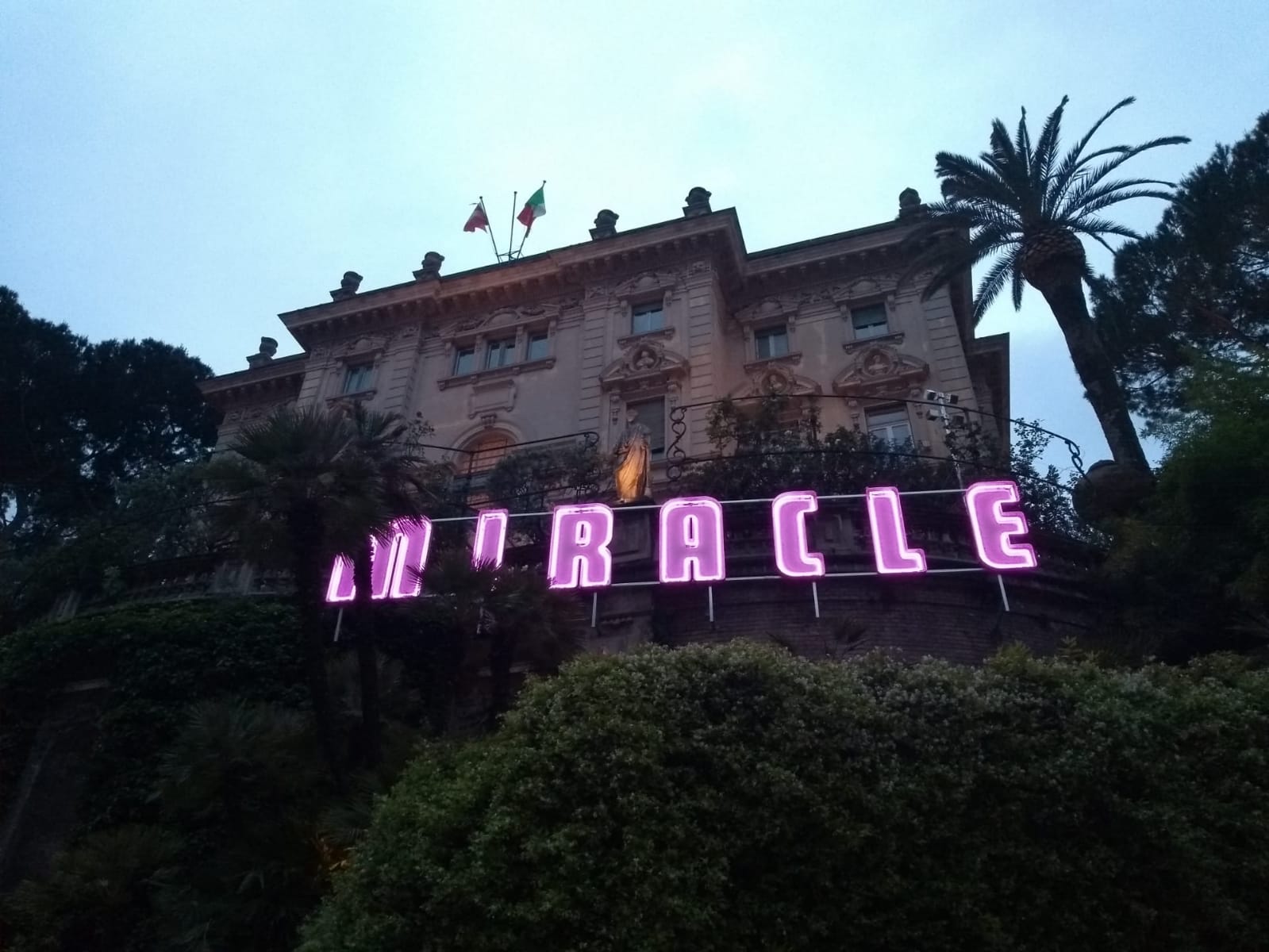 Being in the second half of my MA degree in European Union Studies and International Relations, I am now looking back on my last semester which I spent in Rome. I am glad to have taken the chance to extend my studies by participating in this unique double degree programme in one of the most charming cities in the world, that offers immense cultural, culinary and student-friendly environment.
Rome is really beautiful and diverse, so I would definitely recommend you to take some of the free guided tours as soon as you arrive there – for example the one that presents the phenomenon of street graffiti in Rome is especially recommendable. If you are a great museum fan, you cannot live in a better city than Rome and you should definitely purchase the “musei in commune” card (MIC). If you would like to escape the city, the sea as well as the mountains are quite close, not even mentioning several other major tourist attractions of Italy, such as Florence or Naples, which are also easily reachable by train within couple of hours. Or you just rent a bike and discover Via Appia – amazing ancient Roman road surrounded by ruins and stunning nature, leading up to Sicily!
Housing in Rome is not cheap but in comparison to other global cities still relatively affordable. and when it comes to food, you can actually find numerous awesome local restaurants with much lower prices than in Salzburg.

To study at the prestigious LUISS university is surely very demanding, but the university also offers a great variety of unique courses taught in its beautiful campuses in the historical centre of Rome. Generally, the studies are very much focused on International Relations and Political Science. Apart from that, in the 1st semester you will have to take the Italian language course. In the 2nd  semester you can continue to do so for free.
One of the most interesting seminars I took during my first semester in Rome is called “Skill-a-bus”, which is an intensive 4+8-hours a week workshop-like course. Each week is devoted to a different “skill” taught by a different professor: teamwork and leadership skills, diversity management skills, ability for negotiations & conflict resolution, problem-solving or project and process management. From imagining our green campus and holding a short speech pretending to be an inspiring leader who should influence young students, to getting involved in practical negotiation techniques, and role-play scenarios  in a realistic setting, this seminar was as demanding as it was thrilling.
Another exciting course for me was “Global Justice”. If you are a Ted Talk fan, this lecture feels like two live Ted Talks a week. The course starts with discussing environmental change and politico-philosophical questions related to it and goes on examining other major questions of global justice, like open borders or post-colonialism. It is a perfect course for the ones passionate about discussing important issues.
Moreover, one of the highlights of the last semester was the “Ted X LUISS” event organized by students for students in beautiful LUISS campus. Inspiring people from all over Italy held speeches about experiences that they consider to have given them a lesson that could be motivating for young students. Additionally, a funky-jazz orchestra contributed to the overall relaxed atmosphere so typical for the whole city. Altogether – very positive vibes, highly recommended if you wish to hear real-life stories of success and failures you usually  would not be confronted with.
To sum up, I am very much looking forward to the next semester and ‘la dolce vita’ in this stunning city full of exciting contrasts, elegant and friendly people as well as astonishing sights and cultural attractions.