Influence of motivational processes on social cognition and interaction

We seek to understand information processing and information seeking processes that are influenced by the activation of wishes, needs, and concerns (= motivated social cognition) and shape behavior in social interactions. Two models provide a framework for our research:

When people feel threatened… The General Process Model of Threat and Defense.

Motivated social cognition often develops in threatening situations. Accordingly, studying the influence of threat on social cognition and interaction is the focus of many of our research projects. When people feel threatened, certain cognitive, motivational, and neural processes are triggered. These influence how we think about our environment and how we interact with others. We try to specify these processes and understand the consequences of threats for social interactions.

We are particularly interested in threats that are experienced as ambivalent or are associated with inner conflicts. People are then confronted with the experience of discrepancies that cannot always be resolved immediately. While unambiguous threats (e.g., those to physical integrity) usually trigger fear, panic, and flight behavior (active avoidance), we are more interested in ambiguous threats, which trigger uncertainty and irritation and put individuals in a state of anxious inhibition and passive avoidance. Typically, these threats are experienced as particularly threatening when fundamental needs or motives are affected, such as identity (the need to know who one is), transcendence (that something of one remains behind when one dies), social inclusion (belonging to other people/groups), control, and meaning (being able to understand the world around us and be effective in action). While these threats are usually considered individually in different psychological research traditions, we aim for an integrative and comparative view.

Since many of the psychological processes triggered by threats run implicitly, they are often not consciously accessible to us humans. Therefore, an understanding of the processes that occur unconsciously is particularly interesting. In particular, the use of neuropsychological measurement techniques has helped us to develop an integrative threat theory (General Process Model of Threat and Defense,  Jonas et al., 2014), which allows us to better understand people’s reactions in threatening situations (see: Experimental Existential Psychology, Social Neuroscience & Threat Management). This allows a better understanding of why people often initially fall into a state of inhibition experienced as unpleasant after threats (a so-called “fear paralysis”, Behavioral Inhibition System, BIS), from which they often only emerge with the help of actions that are more violent, exaggerated in nature (Behavioral Approach System, BAS). These can be both helpful and obstructive, influencing the further course of social interactions in functional or dysfunctional ways. Here, another focus of our research is the search for new information, its evaluation, and its transmission to interaction partners. 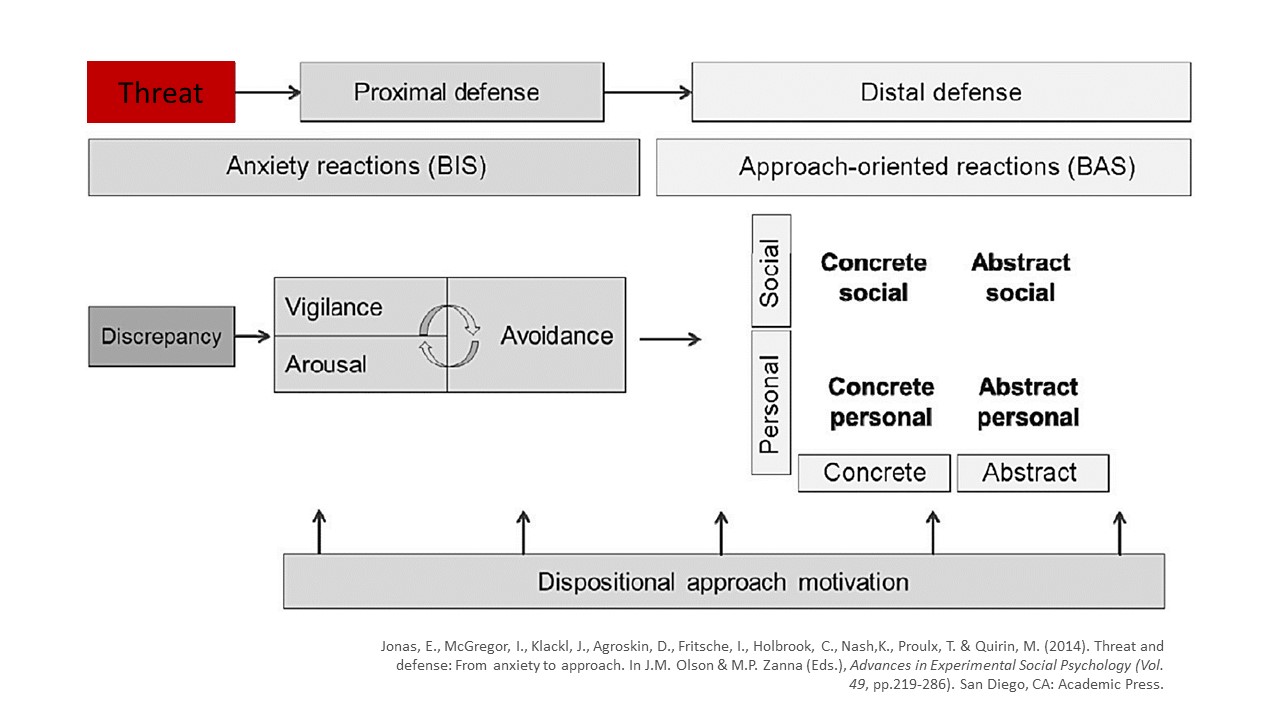 A Framework Model of Social Interaction – the Loop2Loop Model

In social interactions, two or more people enter into a social exchange with each other that is shaped by the needs, motives, cognitions, and actions of the exchange partners involved. The interaction of these factors has been summarized by us in the Loop2Loop model (see Jonas, 2015; Jonas and Bierhoff, 2017; Jonas and Steindl, 2015; Jonas and Mühlberger, 2017), which describes how motivational-affective states as well as motivated cognitions emerge from the interaction of person and situation characteristics (motives, salient memory structures or cognitive focus, perception of the situation), which lead to corresponding motivated behavior. For the counterpart, this behavior becomes visible in the social interaction and in turn triggers a sequence of motivated cognitions and actions according to its own person and situation variables (see figure, drawing by Vicky König).

Especially in our research area “Approach in social interactions” we rely on the Loop2Loop model to better understand counseling processes. 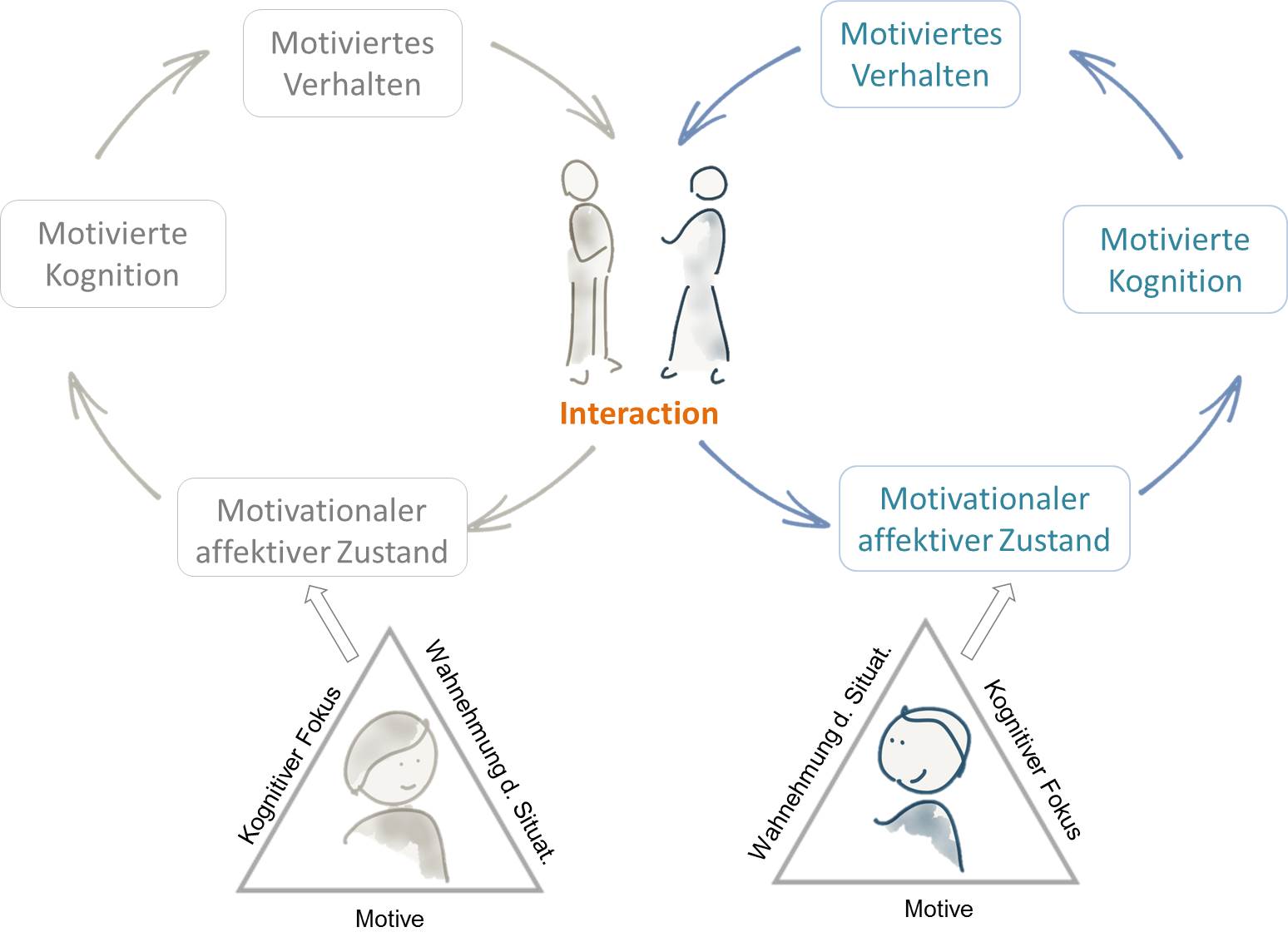