The doctoral research explores how religious codes and codings of transcendence work in films and how relevantthey are for female identity constructions in secular societies. Contrary to the assumption of secularization thesis,religion did not disappear from public space in the course of modernization. Humans still rely on religiouspatterns of interpretation when they construct identity. Religious experiences became plural – within and outsidereligious communities. This development is reflected in contemporary cinema and also produced by itself. TheProject analyses the phenomenon from a cultural science and theological perspective. It investigates therelationship between gender, religion and identity. Therefore, it tries to expose stereotypical representations ofgender and wants to identify the critical and decontructive potential of films. 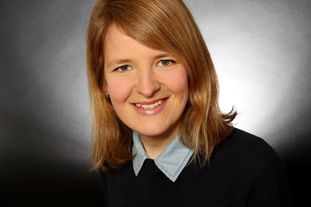 Born in 1988 in Schweinfurt, Bavaria. From 2008 studied Catholic Theology at the Universities of Würzburg andMünster. Additionally pedagogical staff in various youth educational institutes. Several internships, amongothers, at the ecumenical Tourismusseelsorge St. Peter, North Sea and at the Jugendkirche SaM, Berlin-Kreuzberg. In 2014 internship in the publishing house of impulse, a business magazine, in Hamburg. Cooperationwith the international Research Group “Film und Theologie”. Since October 2014 doctoral scholar in the DoctoralCollege “Cultures – Religions – Identities” at the University of Salzburg.