The dissertation project focuses on the current “sheng nu”-phenomenon in China (the term “sheng nu” refers to unmarried women who are 27 years or older), more specifically on a media campaign about “sheng nu” which was initiated by the Chinese government in 2007 as well as by the women’s rights organization “All-China Women’s Federation”. The goal of the campaign was to prevent particularly educated urban Chinese women getting married later. According to a suspected stigmatization of young single women in China, the research questions are: Is the “sheng nu” campaign part of a “backlash” or counter-movement against the emancipation of Chinese women? To which extent is the object of investigation a china-specific or cross-border and cross-cultural, in other words, transcultural, phenomenon? 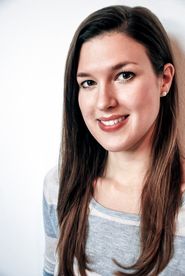 Liesa Herbst, *1987, holds a BA and an MA in communication science from Salzburg University and Università di Lingue e Communicazione, Milan; 2015 publication of her master thesis “Different by Nature. The Re-Biologisation of Gender Difference in Popular Non-fiction books” (Lit); since 2015 she is a PhD candidate and a lecturer at University of Salzburg; since February 2016 administrator at the Erasmus Mundus Joint Master programme “Digital Communication Leadership”, from February 2017 research associate at the Doctorate School Plus “gender_transcultural”