The more failed the infrastructure is, the more vulnerable we are. And the more media expose images of us overcoming or mobilizing vulnerabilities, the more we are prone to become mere representations and/or misrepresentations. The project uses Judith Butler’s concept that explicates how, during times of conflict, vulnerability is directly tied to infrastructure. After the outbreak of the Syrian civil war, images of different Syrian women being depicted as helpless victims or self-governing warriors were discursively perpetuated on Arab-speaking television. Given this context, the project examines the way contemporary media expose the subject’s vulnerabilities or political struggle during violent conflict, vis-à-vis the myriad forms of both infrastructure itself and resistance to infrastructural challenges. The project looks at concepts of violence, vulnerability, and resistance and how they are represented, framed, and communicated in relationship to gender, and in accordance with the partisan inclinations of the media in question. 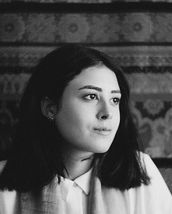 Rand El Zein obtained her master’s degree in 2015 in media studies from the American University of Beirut, where she worked as a research assistant at the department of consumer behavior. Aside from researching Arab women in political movements, her previous research topics include: poverty consumption among women refugees, as well as Lebanese national identity and its relationship with the pursuit of beauty. She accomplished numerous internships, amongst others at the UNHCR in Lebanon, where she worked as an oral translator and conducted focus groups with Syrian refugees. Later on, she taught English to migrant workers at the Migrant Community Center in Beirut.