Based on Hélène Cixous’ theory about écriture féminine, the PhD-thesis Feminity – Body – Scripture explores the relation between body and scripture in novels by female Austrian writers. In readings of Ingeborg Bachmann‘s Buch Franza, Marlen Haushofer‘s Mansarde and Anna Mitgutsch‘s Die Züchtigung and Ausgrenzung new approaches to the relation of body and scripture are explored as well as questions concerning female authorship, the position of women in society and Cixous’ concept of Libidinous Economy are raised. Instead of keeping up the opposition between French and American poststructuralist feminism, both undergo a process of re-reading. Cixous’ and Butler’s subversion of rigid categories enable us to think of body and scripture as performative processes. Acts of reading and writing as well as somatic conditions thus become part of the complex matrix of power called authorship, which includes protagonists, authors and material aspects of the corpus itself likewise. The combination of Deconstruction, Discourse Analysis, Performance, Media- und Gendertheory, psychoanalytic literary theory and theory of authorship leads to a trangsgression of borders between theoretical movements as well as the geographic spaces, in which they were established. 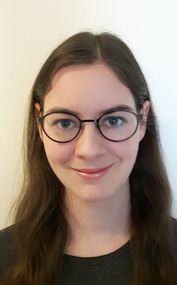 Marlen Mairhofer, born in Steyr, Upper Austria, studied German Philology at the University of Salzburg from 2009-2015. There she started her PhD in 2015/16, when she was University Assistant. Alongside with her research work she is part of the artcollective Bureau du Grand Mot and the Verein mosaik, who take an active part in Salzburgs art, culture and literary life. Furthermore she teaches German for foreigners.